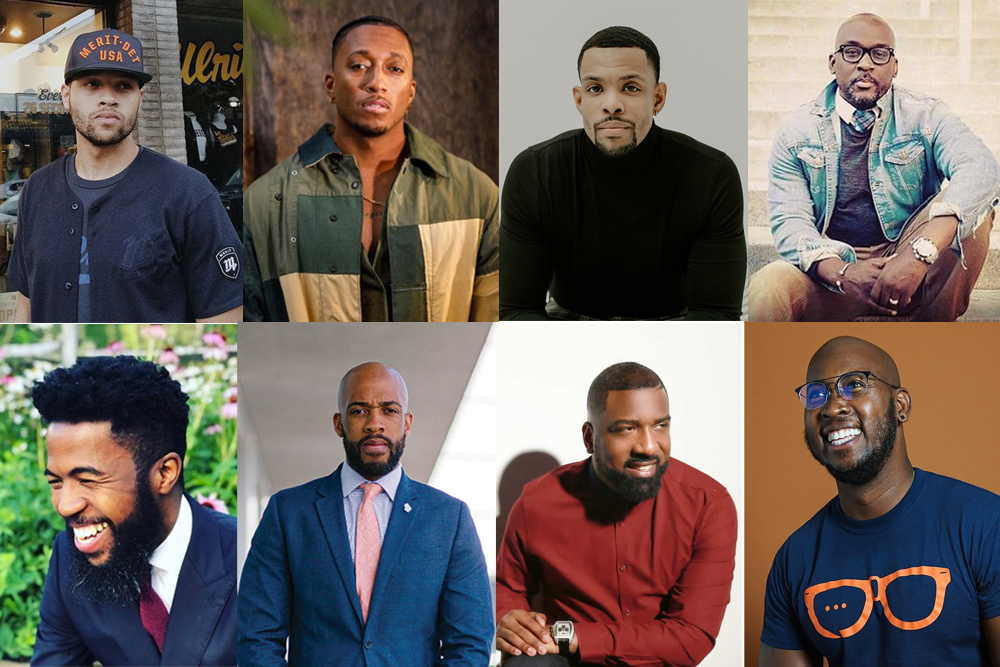 David Andrew Merritt is a gifted, talented and visionary young man. After graduating from the University of Michigan, David launched a cause-based fashion brand and store named Merit. Every Merit purchase shapes the fate of students in need, and helps send them to college (20% of all profits fund college scholarships for youth in Detroit). But it’s more than just clothing – – – Merit possesses a militant desire to level the educational playing field, and to ignite youth with a fire for learning and higher education. Merit’s education program, FATE, is partnered with the Jalen Rose Leadership Academy in the city of Detroit, preparing underserved youth to embrace and own their education and become world-class citizens.

Since arriving on the scene with his 2004 debut Real Talk rapper, entrepreneur, writer, producer Lecrae has been occupying two different yet not entirely opposing worlds: the sacred and the profane. Which is to say that his art, not unlike his life, has been as much about inspiring the streets, and about justice, freedom, and interrogating real-world issues, as it is about his personal journey of faith. His music has long served as a call to arms for those willing to sacrifice for a cause beyond themselves. In 2020, he released a powerful book I AM RESTORED.

Richard Taylor has become a highly sought-after speaker who brings an empowering message of victory by creating a unique way to make the conversation of mental health easier and digestible for all of his audiences. He has been recognized for normalizing the conversation and helping people shift from “talking about mental health” to actually “mobilizing in their efforts towards healing and freedom.” Richard’s story of overcoming morbid obesity, depression, multiple suicide attempts, failing in college and domestic abuse, have struck a change within people throughout different walks of life. The impact in his interactions with audiences has been life changing and have provided the range for him to reach, impact, and have breakthrough with over 100,000 students. Richard inspires the masses to tap into their inner potential to create the change they want to see. Over the years he has intertwined his background and experiences into a vulnerable message of love and empathy that surpasses motivating audiences. The end goal continues to be real life transformation.

Derrick Barnes is the author of the New York Times bestseller The King of Kindergarten, as well as the critically acclaimed multi-award-winning picture book Crown: An Ode to the Fresh Cut which received a Newbery Honor, a Coretta Scott King Author Honor, the 2018 Ezra Jack Keats New Writer Award, and the 2018 Kirkus Prize for Young Readers. He also wrote the bestselling chapter book series Ruby and the Booker Boys.  In 2020, he became the only author, in the history of the award, to have won the Kirkus Prize twice for his twelfth release, the New York Times bestseller, I Am Every Good Thing. Derrick is a graduate of Jackson State University (BA-Marketing ’99) and was the first African-American male creative copywriter hired by greeting cards giant Hallmark Cards. He is a native of Kansas City, MO, but currently lives in Charlotte, North Carolina, with his enchanting wife, Dr. Tinka Barnes, and their four sons, the Mighty Barnes Brothers.

Joshua Bennett is the Mellon Assistant Professor of English and Creative Writing at Dartmouth College. He is the author of three books of poetry and literary criticism: The Sobbing School (Penguin, 2016)—which was a National Poetry Series selection and a finalist for an NAACP Image Award—Being Property Once Myself (Harvard University Press, 2020) and Owed (Penguin, 2020). Bennett holds a Ph.D. in English from Princeton University, and an M.A. in Theatre and Performance Studies from the University of Warwick, where he was a Marshall Scholar.

Mandela Barnes, at age 25, Mandela was elected to the Wisconsin State Assembly where he emerged as a champion on issues of the economy, criminal justice reform, and healthcare. He became the chair of the legislature’s Black and Latino Caucus in his first term, became a national leader on gun violence prevention, and was recognized as one of the top pro-growth progressive leaders in the country.  In 2018, he was elected the 45th lieutenant governor of Wisconsin. Within his current role, Lt. Gov. Barnes serves as the Chair of the Governor’s Task Force on Climate Change and also serves on the Governor’s Health Equity Council, Wisconsin Criminal Justice Coordinating Council, Wisconsin Missing and Murdered Indigenous Women Task Force, Governor’s Council on Financial Literacy and Capability, and the statewide 2020 Census Complete Count Committee.

Hasan James is the Publisher of ROOT MAGAZINE. After traveling with Hezekiah Walker and The Love Fellowship Crusade Choir across the world, Hasan experienced firsthand the love that people had for gospel music and the culture, and he wanted to highlight it in his own way, thus Root Magazine was formed. “I hadn’t seen any gospel publications that spoke to me; a young, Christian man who loves Hip Hop and Gospel music, so I decided to create one,”.  In June 2009, the inaugural issue was released online with musical genius Donald Lawrence gracing the cover. After only a few short years, Root has partnered with multi-million-dollar corporations like BET, Global United Fellowship, The Merge Summit, I Hear Music, GMWA and BMI to produce one-of-a-kind magazines and journals. In 2015, Hasan began his journey as the mid-day radio host on three-time Stellar Award-winning gospel station, WIMG 1300 AM in Trenton, NJ, under the moniker Mr. Root. He is also the host of The Root Certified Show every Sunday evening on Reach Gospel Radio, which is syndicated in over 20 cities in the United States and Canada.

Traymone “Tray” Deadwyler is the Founder and Executive Director of the capacity building non-profit, Think for Good. Think for Good supports individuals and organizations as they increase their efficacy through creative ideation, planning and implementation. Committed to systemic problem-solving and co-creating a theory of change to achieve success in any area. Think for Good works collectively with their clients to push beyond the normal sense of charity and altruism to develop foundational solutions, embodying the company mission, “Solve it Together”. His heart beats through encouraging people and changing the mindset of those who are stuck and silently screaming for an opportunity to grow and lead. Tray believes his job is to empower you to pinpoint your dynamic capability and give voice to, take ownership of, and achieve your prioritized personal, professional, and organizational goals.