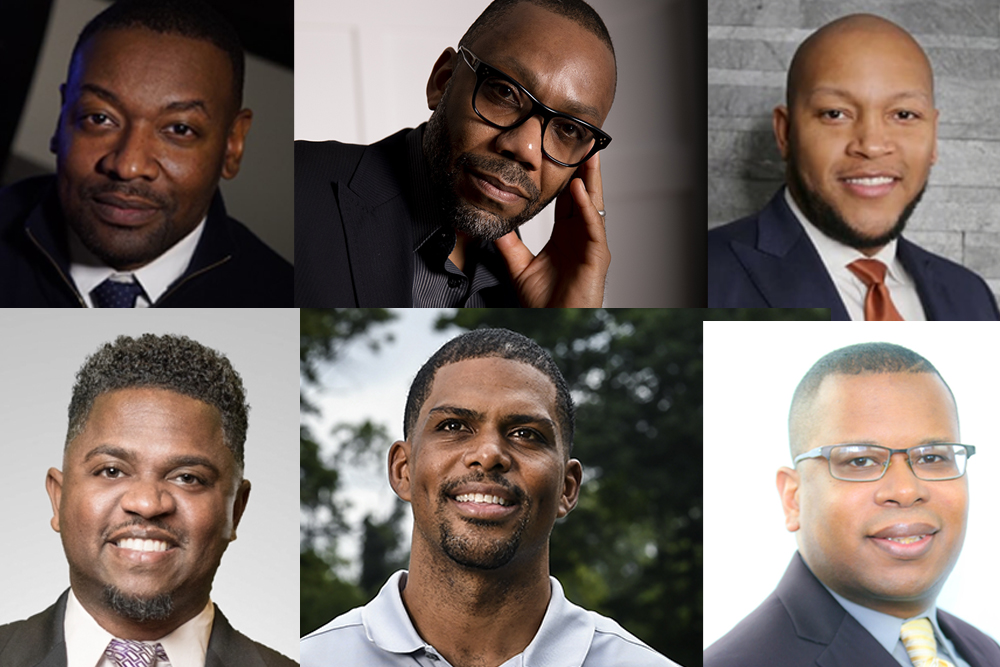 J’Michael Francois joined Citadel Broadcasting (Cumulus) in 2006 as the Program Director of Baton Rouge heritage station WXOK-AM (Gospel) and was later promoted to the dual responsibilities of Programming KQXL-FM (Urban AC) as well. When Cumulus Media acquired Citadel Broadcasting in 2011 J’Michael was presented with an opportunity of Programming and Managing all four of the company’s radio properties in Baton Rouge including WEMX-FM (Urban), WRQQ-FM (Classic Hits) in addition to his duties of programming KQXL-FM and WXOK-AM. Since then J’Michael has been named Operations Manager for Cumulus Media Baton Rouge while serving as Program Director of KMEZ-FM in New Orleans and host of Sunday Inspiration on Westwood One’s “The Touch” network.

Andre M. Perry is a senior fellow in the Metropolitan Policy Program at Brookings, a scholar-in-residence at American University, and a columnist for the Hechinger Report. He is the author of the book Know Your Price: Valuing Black Lives and Property in America’s Black Cities, which is currently available wherever books are sold. A nationally known and respected commentator on race, structural inequality, and education.  His Brookings research has illuminated how certain forms of social distancing historically accelerated economic and social disparities between Black people and the rest of the country. Perry also mapped racial inequities in housing, income, and health to underscore how policy discrimination makes Black Americans more vulnerable to COVID-19.

Out of all the licensed architects in the United States, only 2% are African-American and Jason Lee is one.  With a family full of teachers and doctors Jason chose a different path.  Armed with a bachelors in fine arts he decided to attend NYiT for architecture with the goal of creating the #1 MBE Architecture firm that encourages minorities to become licensed architects and reshape the landscape on how and where people should live, eat, and work one building at a time.

Kenny Pugh is a Virtual Chief Operations Officer, Business Consultant & Certified Life Coach. Kenny has leveraged his expertise to help, entrepreneurs, and small business owners, build profitable and efficient businesses. With over 20+ years of business experience primarily in consulting. I have worked with many of the world’s top companies including Accenture, Chase Bank, Wells Fargo, Bank of America, Microsoft HomeAdvisor, Wachovia, Washington Mutual, AT&T, and many others. Kenny has assisted countless clients to realize their goals of starting businesses, improving their finances, and creating healthier relationships. His specialized background has afforded him opportunities to appear on Headline News (HLN), write for BlackEnterprise.com and Brotha Magazine, speak at The Potter’s House (Bishop T.D. Jakes), and be featured on many national radio broadcasts including the Tom Joyner Morning Show and NPR.

Jason Wright is the first African-American  president of a NFL team (Washington). Jason is former NFL running back with the Falcons, Browns, Cardinals.  Following his playing career, Wright enrolled at the University of Chicago Booth School of Business and graduated with a Master of Business Administration (MBA) degree in operations and finance in 2013. Later that year he became a consultant for the management consulting firm McKinsey & Company where he advised companies on organizational culture and workplace diversity.  He has also served on the board of trustees for the Union Theological Seminary in New York since 2017.

Cyrus Webb (aka C. A. Webb) has been active in the arts since 1999, hosting art shows and poetry readings around the United States while also building the Conversations brand. Today Conversations includes a daily radio show, magazine and nationally-recognized book club. Outside of the work Webb does for himself he is also a celebrated publicist for authors, entertainers and businesses who entrust him with the task of getting their message and product noticed. For over a decade Cyrus Webb has given the world the conversations with the artists, authors and entertainment industry professions that the world can’t get enough of. Host Cyrus Webb introduces you to movers and shakers around the world who are living their dreams, overcoming challenges and showing others what is possible for them as well.

There are people who

Writing an article or

The college paper writing service will edit the

There are too many bad companies out there, and if they are

It is top dissertation writing services likely that you already understand information on the field you’re studying, but it would be beneficial to add this information into your study.

wish to seek the services of essay writing experts, there are a number of ways which you could do this.

not professional, then you might be wasting your own time.

dozens and dozens of books and magazines written on every one of those subjects.

essay to grammatical mistakes, syntax, as well as spellings and spell check.

a report is important sections of a college education.

it, newspaper is something which comes in many distinct colours and designs.

do not enjoy this kind of thing.