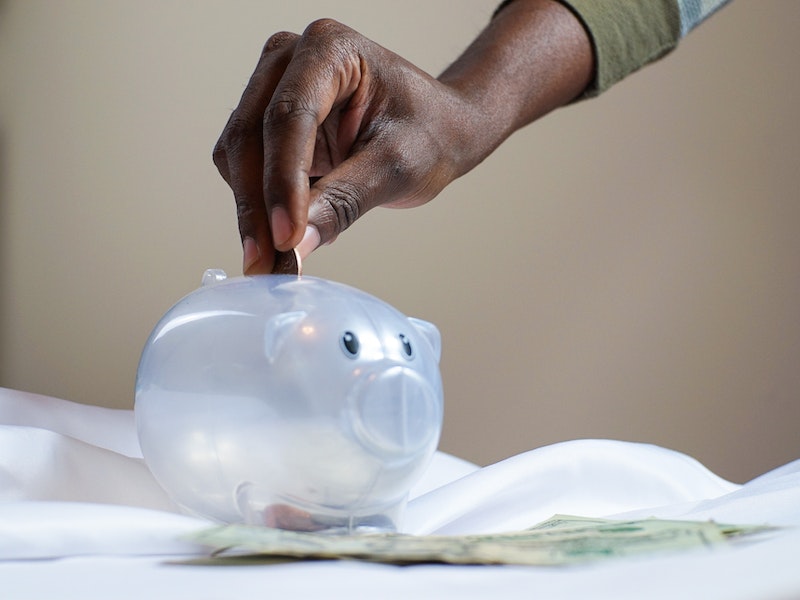 “A wise man will hear and increase learning,

And a man of understanding will attain wise counsel…” ~ Proverbs 1:5

The Proverbs were written as a guidebook to those seeking knowledge, discretion, wisdom and instruction. But, there are many authors who have sat down to write words of instruction over the centuries. Why should we look to the Bible, the Word of God, for wisdom? Further, why should we regard Solomon’s words as having any more value than any other wisdom teacher, canonical or otherwise?

I believe there are three reasons why this wise king should be considered our teacher:

In, “Secrets of the Richest Man Who Ever Lived”, Dr. Mike Murdock tells us of his research into Solomon’s financial stature. To quote Dr. Murdock:

“In 1929, the Illinois Society of Architects did an extensive and meticulous study of the temple built by Solomon. Though the research was done almost seventy years ago (sic), the experts placed its value at $87 Billion. When you figure in a 7 percent inflation rate per year, that places the value of the temple alone worth more than $500 Billion. My friend Malcolm Burton has said that this amount is four times more than our nation spends on military defense each year. And that is just the beginning. It does not include Solomon’s palace, his real estate holdings, and other valuable possessions too numerous to mention! Today (1998), the temple alone would be valued at more than $500 Billion.”

In his book, “The Richest Man Who Ever Lived,” Steven Scott provided context regarding Solomon’s financial accomplishments, as well:

“Solomon was born around 974 B.C. and was installed as King of Israel by his father, David, shortly before David died. Solomon was twelve years old. Solomon was terrified of ruling Israel, afraid that he didn’t have the wisdom to do so. According to the Old Testament, God appeared to Solomon and asked him what he wanted. Solomon answered, asking only for wisdom and knowledge so that he could rightly judge the great people of Israel (I Kings 3:9; II Chronicles 1:10). God then told Solomon that because he had not asked for riches, wealth, honor, the life of his enemies, nor a longer life for himself, He would give Solomon more wisdom, knowledge, riches, wealth, and honor than any king before him or any king that would come after him. What was promised was delivered. Solomon’s wisdom, success, and wealth increased beyond imagination.

In terms of wealth, some have suggested that in today’s dollars, he may well have been a “trillionaire.” In addition to his gold reserves worth hundreds of billions of dollars in today’s mar­ket, he owned 4,000 stalls for his horses and chariots, and kept 12,000 horsemen on his payroll. Rulers of nations throughout the world sought his advice, and paid dearly for it. However, by the middle of his life, he began to violate the laws of living, its principles and strategies that he so wisely articulated in the Book of Proverbs; as he did, his success and happiness vapor­ized. Fortunately for us, he recorded many of his laws for liv­ing in the Book of Proverbs.”

We see, therefore, that Solomon was wise, accomplished and that his writings made it into the canon of scripture by the providence of God. Therefore, we can look to the wisdom of the Lord as shared by Solomon and feel confident in its efficacy to produce fruit in our own lives. After all, Solomon himself credited his wisdom (“I have …gained more wisdom than all who were before me in Jerusalem”) with his ability to attain greatness and excel more than all who were before him in the first couple of chapters of The Book of Ecclesiastes.

It is with those endorsements that we turn our study to the Proverbs of Solomon to gain wisdom. Let us consider God’s thoughts here in the form of 7 things I believe Solomon can still teach us about money.

“Therefore hear me now, my children, and do not depart from the words of my mouth. Remove your way far from her, and do not go near the door of her house, Lest you give your honor to others, and your years to the cruel one; lest aliens be filled with your wealth, and your labors go to the house of a foreigner; and you mourn at last, when your flesh and your body are consumed, and say: “How I have hated instruction, and my heart despised correction! I have not obeyed the voice of my teachers, nor inclined my ear to those who instructed me! I was on the verge of total ruin, in the midst of the assembly and congregation.” ~Proverbs 5:7-14

There’s an old axiom that says we should watch our company because our income over time will equal the average of the three people with whom we associate the closest. Even our morals are impacted wherein Paul’s guidance is that we should not be deceived: bad company corrupts good morals (I Corinthians 15:33). What does any of this have to do with money or prosperity? Simply, this: spend time with those who are prospering financially so that you can learn from their actions, gain their aptitudes and glean from their attitudes! There is a way that poor people think. There is a way that prosperous people think. When one considers that they all have twenty-four hours in a day, it’s certain they are using their 1440 allotted minutes quite differently.

We must endeavor to spend more of our time doing what the wealthy do. By necessity, this requires doing less of what the average or poor do. There is great truth in the saying that the rich get richer while the poor get poorer. I heard a wise person add to it thusly: the rich get richer and the poor get poorer, predominantly because the rich do more of what rich people do and the poor keep doing what poor people do. If we want to do better than we are doing, we have to learn from those who are doing better than we are doing.

“Honor the Lord with your possessions, And with the first fruits of all your increase; So your barns will be filled with plenty, And your vats will overflow with new wine.” ~Proverbs 3:9-10

This is not about tithing though you can interpret it as such if that is a part of your theological background. I read this verse as being as much about honoring, i.e., paying respect to He who has given you the power to gain wealth. There’s an inexplicable power in doing so. Coupled with Malachi’s words, we are pushed into a figurative corner by the Lord Himself. He says to test Him. To try Him! My response is this: how can one lose when the Creator of all commands us to wrestle with Him over this matter to see whether He won’t bless us? Whether you believe the tithe should be 10% or more or less, I am persuaded you will not be disappointed as the Lord shows his faithfulness in your giving.

“Do not withhold good from those to whom it is due, when it is the power of your hand to do so, Do not say to your neighbor “Go, and come back, And tomorrow I will give it,” When you have it with you.” ~Proverbs 3:27-28

Here is a passage that all of us can move from the “philosophical” to “practical” category in our minds right away. We all have those times wherein we read the truth of God but struggle in that moment to find an application. We take it and trust, there will come a time in which we need the deposit the Holy Spirit has made in our hearts at that moment. This one is different. It understands that we won’t always have what we need to pay a bill that we are obligated to pay. However, when we do have it, we are not to delay. When you have the ability to pay, it’s time to pay. Trust God’s word instead of putting it off for another day.

In the end, countless men and women have looked to the wisdom of God as penned by Solomon and have been blessed immeasurably – as the Lord intended. My challenge to myself, and to you, is to delve deeper into this treasure, The Book of Proverbs, and follow its precepts. I am confident that, in doing so, we will begin to act in ways consistent with the laws the Lord has established to prosper His people. Amen?

Previous Expect Nothing Impact Everything! by Ofili
Next What it Really Means to Be True to Yourself by Gian Fiero