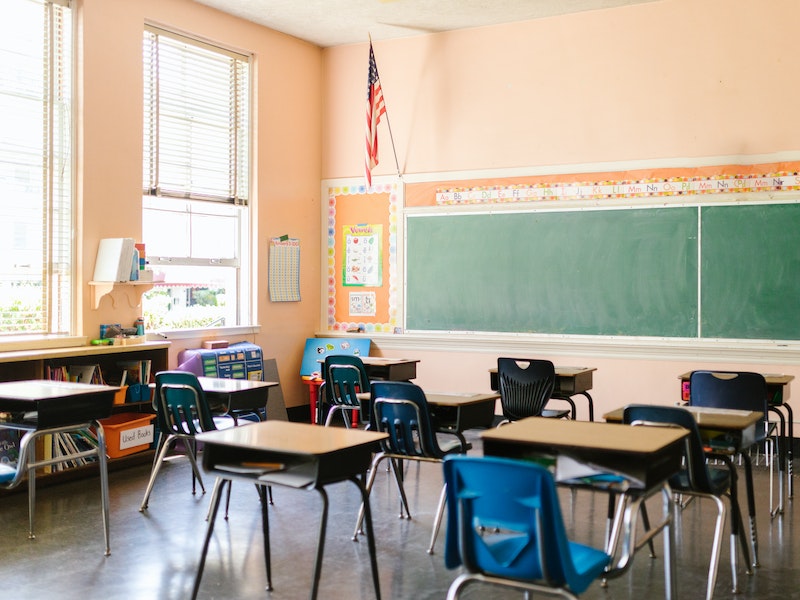 While many American students and their parents worry that the next mass shooting could happen at their school, schools are also facing a number of other threats that do not involve guns. Many of these threats are related to the mental health of educators and students.

From 2018 to 2021, both before and during the pandemic, I spent time studying a public middle school in the San Francisco Bay Area that serves a high-poverty community of color. The research involved spending more than 100 hours of observing classes and teacher and staff meetings. It also involved a series of interviews with 10 teachers and the principal.

Here are five of the biggest threats that I identified through my observations.

Teachers and staff told me they were not prepared to handle students’ emotional reactions to these traumatic experiences and how the experiences affected student learning.

Extensive research shows that trauma can result in poor academic performance and more anxiety or aggression that can interfere with learning.

The COVID-19 pandemic created more trauma for more students, especially for low-income students of color, as disruption to the normal way of life and to the economy created high stress on families. Perversely, school closures during the pandemic also made it more difficult for students experiencing trauma to receive mental health care and treatment often provided by schools.

Staff in the school I studied described their middle schoolers as increasingly “shut down,” “fragile,” “beaten down” and “hopeless” with every passing year.

Teachers also talked about their own struggles with “the stress of this place” and “negative emotions” from their daily challenges to support their students. During the pandemic, teachers described increasing “exhaustion” from the level of effort needed to keep students in school and engaged in learning.

Since the onset of the pandemic, lower overall well-being of students and teachers has become a nationwide concern. In the 2020-2021 school year, 80% of teachers nationwide reported feelings of burnout. In the 2021-2022 school year, nearly half of students across the U.S. in grades 9 through 12 reported persistent feelings of sadness or hopelessness. Across the nation, district leaders in the 2021-2022 school year reported a general decline in mental health and well-being of all students and educators as their most pressing concern.

Like other schools around the nation, the school I studied was persistently short of teachers because of staff who quit due to stress or who were fired for unprofessional behavior. It was often difficult to find qualified teachers to fill open positions.

During the pandemic, one-quarter of teachers reported that they were likely to leave the profession. In early 2022, the share of teachers who reported being “very satisfied” with their jobs dropped to an all-time low at 12%.

Amid the staffing shortages, news reports from around the country tell of teachers having to teach two classes at once, sacrifice preparation time and bring in parents or highly paid district administrators to cover classrooms.

Increasingly, mounting stress means teachers quit midyear or even in the middle of a school day.

At the school I studied, the principal described extensive time and effort that she and others spent to encourage students to enroll there. “It is disheartening,” the principal said, that sometimes parents chose other schools due to a negative reputation that became associated with a school serving the area’s poorest Black and Latino communities. Any declines in enrollment threatened the loss of teaching positions. Persistent declines meant the threat of being closed altogether.

School boards in Baltimore and the California cities of Oakland and Hayward have recently decided to close multiple schools in the 2022-2023 school year due to declining enrollment. This has prompted public protest from communities who see the closures as targeted at poor Black and Latino neighborhoods.

Other districts around the country, including in Minneapolis and Denver, have warned residents about likely enrollment-related closures in the 2022-2023 school year.

There are also violent threats at schools unrelated to mass shootings. During my study, teachers and principals reported distressing incidents of threats from members of the community, including verbal threats from parents and neighbors and an incident of the principal being held at knifepoint.

Reports of violent conflicts over masking at school board meetings, parents ripping masks off teachers’ faces and physical fights between parents and teachers have emerged alongside reports of intensified hostility from resurgent culture wars, including death threats against school board members and their families.

In a February 2022 investigation, Reuters documented 220 incidents of violent intimidation of school officials across 15 states.

K-12 educators and students are facing many simultaneous threats in addition to school shootings. This raises important questions about whether schools have the resources and support they need to ensure that students and educators can thrive.

Currently, Elizabeth Zumpe is a Visiting Assistant Professor in the online Ed.D. program at the School of Education at University of Massachusetts Lowell. She also is a postdoctoral fellow in the Graduate School of Education at the University of California, Berkeley, where I completed a Ph.D. in Education. As a former public school teacher with National Board Certification and over 10 years of experience in diverse urban school districts (including Berkeley, San Francisco, and Miami-Dade),Also, she is an improvement-focused scholar focused on developing capacity for continuous improvement in schools serving low-income communities of color. Drawing on perspectives from organizational and team development, school improvement, and social psychology, I use action research, design-based research, and qualitative methods to co-design leadership development and continuous improvement processes with university faculty and practitioners.

Previous “Beauty Outside My Window”by Kaize Adams, Ph.D.
Next Politicians seek to control classroom discussions about slavery in the US by Raphael E. Rogers