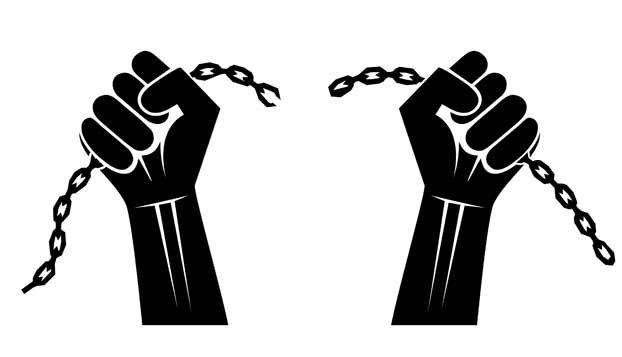 Detroit Congresswoman Rashida Tlaib and North Carolina activist minister Rev. William Barber recently appeared together on a major news network in order to discuss a joint effort to address poverty in the United States. They referred to their effort as “The Third Reconstruction.”  Many scholars of color have also made references to “The Second Reconstruction” which is ascribed to the Civil Rights legislation of the mid-nineteen sixties. Of course, both ideas of a second and third reconstruction allude to Reconstruction which lasted from 1865 to 1877. The thing that necessitated Reconstruction was African enslavement in the United States.  Reconstruction was an effort to integrate formerly enslaved Africans into American freedom and equality.  According to the Fourteenth Amendment, equal protection of the law was to be applied to all citizens of the United States. It was also the Fourteenth Amendment that bestowed citizenship on the formerly enslaved Africans in particular and all Black citizens in general.

What seems to be left out of intellectual discussions surrounding “Reconstruction” is the conceptualization of “The Second Enslavement.”  On the face of it one might assume that I am referring to the current criminal justice system that sprang from the womb of the Thirteenth Amendment.  This is not the case.  The current criminal justice system is an expression of African enslavement as practiced from 1619 to 1865.  What I am referring to is something more nefarious.  Think about the images of the January 6, 2021 insurrection against the U.S. government. Think about the fervor of the White mob as members of this mob attacked the U.S. Capitol.  Now think about such a White mob coming after you and your family.    Enslavement was an extremely violent undertaking. This nation has time and time again expressed the capability and willingness to visit such extraordinary violence on people. Today represents the one-year anniversary of the murder of Black Minneapolis resident, George Floyd, by White Minneapolis police officer Derek Chauvin. Just beyond the Floyd murder anniversary is the 100th Anniversary of Tulsa, Oklahoma destruction of the section of Tulsa known as Black Wall Street.  Black Wall Street was not the name of a movie or some fictitious rhyme in a hip hop song.  A White mob, similar to the White mob that attacked the U.S. Capitol on January 6, 2021, attacked the Black residents of Tulsa’s Greenwood district.   More than four hundred Black women, men, and children were killed and many more displaced by the violence.   Recent police body cam footage has emerged of the killing of a Black man two years ago at the hands of Louisiana state police.  The footage is quite disturbing regarding the sadistic nature of the White police officers involved.  The officers seemed depraved like a pack of hyenas on a feeding frenzy.  I believe police officers can commit hate crimes while on duty.  I recall when we thought body cameras would deter White police aggression against Black citizens.

The aforementioned examples give evidence of what type of violence Whites in America are willing to deplore against Blacks in America. Not only does it give evidence of what can happen; they provide evidence of what has happened. There is an adage which says, “Those who forget the past are destined to repeat it.”  Aside for the violence against Blacks in America, another disturbing trend is the willingness of Whites to ignore history and pass laws based on fictitious events and unfounded fears.  Some predominantly White communities have begun passing laws and ordinances against teaching Black history.   They are writing off Carter G. Woodson’s encouragement to us as “Critical Race Theory.”  This makes Saul William’s quote even more alarming:  Stealing us was the smartest thing they ever did. Too bad they don’t teach this to their kids.”  There is even an assault on voting rights based on the lie that the 2020 election was stolen from the 45th President.

When thinking about enslavement, I try to put myself in the place of those who enslaved others.  I cannot quite get to that mindset of believing that I have a God given right to enslave another human being.  Many millions of people saw the movie 12 Years a Slave.  I doubt that a million of those viewers could imagine themselves being enslaved in 2021. The mindset is in place.  The violence is in place. The lies are in place.  Lawmakers are rushing to curtail voting while The George Floyd Justice and Policing Bill and the John Lewis Voting Rights Bill languish in the Senate.  Unbeknownst to them, insurrectionists who were shouting “Hang Mike Pence!” came within 100ft of the Vice President.  One question remains, how close have we come or did we come or will we come to a Second Enslavement?

Previous Web Series: Life is Art | Episode1 At Your Weakest
Next Devotional: Simplicity of Purpose by Answai White