THREE MOVIES YOU MUST SEE …… by Dr. Anthony Neal 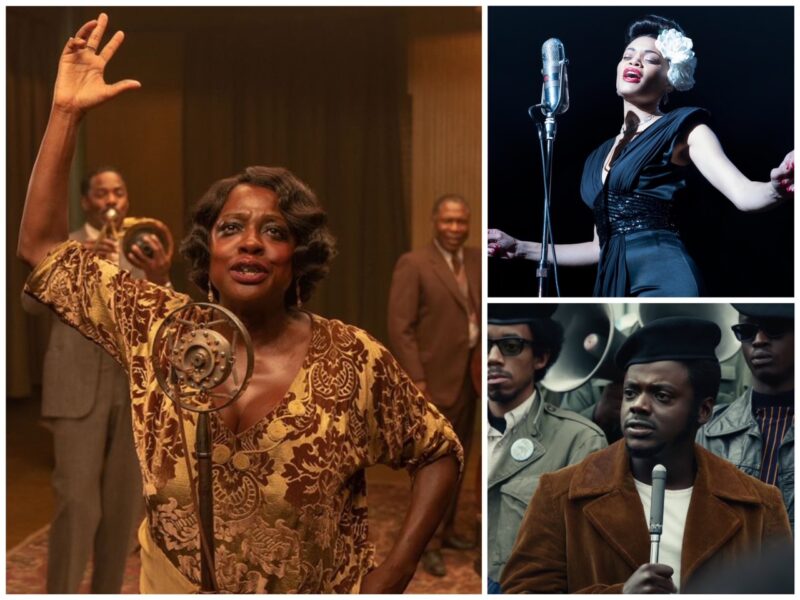 Yours truly is not a professional movies critique; however, I am a Political Science professor for the past 35 years. Over the years I have developed a penchant for watching movies with an idea as to whether I would show this movie to my classes. Some of the movies that I have shown over the years include, Amistad, Black Panther, Thurgood, Selma, Baadasssss!, Lincoln, 12 Years a Slave, Imitation of Life, Equus, All the Way, Good Fences, Jungle Fever, and The Matrix just to name a few.   The purpose of this writing is to alert you that I have three more must see movies that I shall add to my list of in class education tools.  As a matter of fact, I can hardly wait for the Fall Semester to begin just so I can share these three movies:  Judas and the Black Messiah (2021), Ma Rainey’s Black Bottom (2020), and The United States vs. Billie Holiday (2021).

Actor Daniel Kaluuya has won a Best Supporting Academy Award for his portrayal of Black Panther activist Fred Hampton.  Hampton was the ripe old age of twenty-one when he was assassinated by Chicago Police in an early morning raid.  Judas and the Black Messiah is lifted from the pages of real life.  Some of the storyline was told in the Eyes on the Prize documentary about the Civil Rights struggles in the United States.  This movie takes us deeper into the workings of “Cointelpro.”  Cointelpro was the counterintelligence program used by the FBI to destabilize Black activism in the 1960s. The Black Panther Party, created in 1966 in Oakland, California, was deemed by FBI Director J. Edgar Hoover as the greatest threat to the United States of America.  As a consequence, documents reveal that Hoover sought to destroy such activism.  The Black Panther Party became infiltrated with FBI informants to the point that it was joked that wherever two or three Panthers were gathered, there was at least one informant in the midst.  In addition to portraying Fred Hampton, this movie shows the exploits of FBI informant, William O’Neal.  O’Neal worked closely with Fred Hampton and eventually gave the FBI the floor plan of Hampton’s apartment which was used to carry out the early morning assassination of Hampton. Years later, William O’Neal committed suicide.

Ma Rainey’s Black Bottom is based on the actual Blues singer named Ma Rainey.  Nevertheless, the movie represents Chadwick Boseman’s last on-screen performance before his untimely death from cancer. Boseman had not told his fellow actors of his illness.  Yet, when one watches this movie, his performance is the equivalent of Dr. King’s “Mountain Top” speech which became his last speech before his assassination on April 4, 1968.  Boseman left it all on screen.  I would advise you see this movie for his performance alone.  All the actors turned in award winning caliber portrayals. Viola Davis, as Ma Rainey, was excellent as usual.  Boseman played a member of her band who had aspirations of becoming famous in his own right.   As he tells us Levee Green’s narrative in the movie, he elevates to another level and takes us with him.   I was deeply disturbed.  But to borrow from John Lewis, it was a “good disturbance.”  It must be noted that Chadwick Boseman won a Golden Globe posthumously for Best Male Actor in a Drama for his performance.  As he takes his seat next to Bruce Lee and Heath Ledger, we are left to only imagine what his encore performance would have been.

The final movie, The United States vs. Billie Holiday, is another great opus from director Lee Daniels. Daniels has a way of leading actors to a place of excellence to which they were unaware lay within. Singer Andra Day, who played the lead role of Billie Holiday, became Billie Holiday.  As Oprah Winfrey stated in an interview, Ms. Day became Lady Day incarnate. For her portrayal of Billie Holiday, Andra Day won a Golden Globe for Best Female Actor in a Drama. I would like to personally thank Ms. Andra Day for giving us this portrayal which helps to immortalize an already indelibly etched persona known as Billie Holiday.

If anyone should doubt the power of words, just consider the hell that the U.S. government unleashed on Billie Holiday for the song “Strange Fruit.”  Ms. Holiday did not even write the words. She just sang the song. This was too much for J. Edgar Hoover to stomach. For all the fury unleashed on sixties’ activism, Hoover had practiced on Billie Holiday.  Also, this movie demonstrates how the American government as a whole has not owned up to its past. No wonder the future of this country, after January 6, 2021 is in doubt.  There are certain racist forces that have to defeated in order for this nation not only to survive, but to thrive as well.  Moreover, if you have ever wondered why the cage bird sings, you must see The United States vs. Billie Holiday.

There are several reasons why

They will edit your work so it is accurate

Be certain that you

When composing an article, your

There are plenty of different types of essays online from which

It is essential that you keep on track with your

This can easily backfire on you and cause you to lose

Among the most crucial actions you may take is to

Following that, you are able to plug these numbers into the proper part of the spreadsheet program that you’re currently using to figure out how much ink you’ll be printing https://www.clevescene.com/cleveland/5-best-legal-research-paper-writing-services-by-american-college-studentsnew-headline/Content?oid=36401351 out on a regular basis.

enjoy the direct manner of essay writing, while others prefer a more organized approach.

points on your academic writing assignments.

to choose, but in order to get the maximum from them you want to be certain they are written by those that are qualified to do so.

for a thesis, then it ought to give a clear indication as to what the essay will be around.

sentences must be correct.

include them in your own paper.

more writers are choosing to write their educational documents at no cost.

research paper committee that is reviewing it.

To begin with, you ought to apps for writers windows be aware of the types of research papers that are in high demand.

Previous THE TALE OF TWO SENATORS AND ONE BROTHA by Dr. Anthony Neal
Next Pushing through the Pandemic by Lavelle Eagle