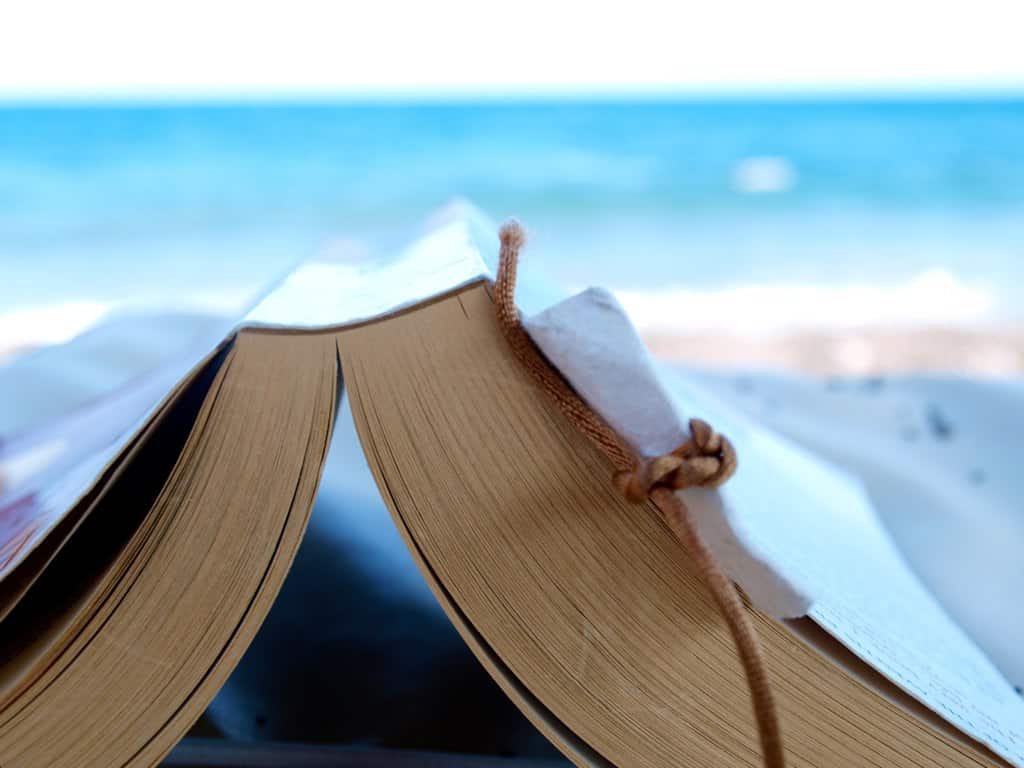 The Man Who Lived Underground: A Novel A major literary event: an explosive, previously unpublished novel about race and police violence by the legendary author of Native Son and Black Boy

Fred Daniels, a Black man, is picked up by the police after a brutal double murder and tortured until he confesses to a crime he did not commit. After signing a confession, he escapes from custody and flees into the city’s sewer system.

This is the devastating premise of this scorching novel, a masterpiece that Richard Wright was unable to publish in his lifetime. Written between his landmark books Native Son (1940) and Black Boy (1945), at the height of his creative powers, it would eventually see publication only in drastically condensed and truncated form in the posthumous collection Eight Men (1961).

Now, for the first time, by special arrangement with the author’s estate, the full text of this incendiary novel about race and violence in America, the work that meant more to Wright than any other (“I have never written anything in my life that stemmed more from sheer inspiration”), is published in the form that he intended, complete with his companion essay, “Memories of My Grandmother.” Malcolm Wright, the author’s grandson, contributes an afterword. FROM THE FOUNDING FATHERS that constructed America’s that America is a country founded on biblical morals and ethics.

Most Americans firmly assert to be a country overseen by godly practices. America’s presidents, governors, senators, mayors, and local political leaders all end their public address or announcements with, “May God bless America.” It’s time for our governing officials to live up to America’s generational professions of being a nation under God’s authority, His moral decrees, and judicial guidance. It is time for the U.S. Congress to pass legislation and the President of the United States to sign into law, a Bill that will reparate Black America. It is clear, based on the biblical evidence presented in this work that this is the Avenger’s (God’s) will and it’s time to be executed by today’s leaders of America’s Government. This book is a Call to Action for the Black Church and Black America!

Razorblade Tears by S. A. Cosby A Black father. A white father. Two murdered sons. A quest for vengeance.

Ike Randolph has been out of jail for fifteen years, with not so much as a speeding ticket in all that time. But a Black man with cops at the door knows to be afraid.

The last thing he expects to hear is that his son Isiah has been murdered, along with Isiah’s white husband, Derek. Ike had never fully accepted his son but is devastated by his loss.

Derek’s father Buddy Lee was almost as ashamed of Derek for being gay as Derek was ashamed his father was a criminal. Buddy Lee still has contacts in the underworld, though, and he wants to know who killed his boy.

Ike and Buddy Lee, two ex-cons with little else in common other than a criminal past and a love for their dead sons, band together in their desperate desire for revenge. In their quest to do better for their sons in death than they did in life, hardened men Ike and Buddy Lee will confront their own prejudices about their sons and each other, as they rain down vengeance upon those who hurt their boys.

Provocative and fast-paced, S. A. Cosby’s Razorblade Tears is a story of bloody retribution, heartfelt change – and maybe even redemption. “Sometimes,” writes Michael Kleber-Diggs writes in this winner of the Max Ritvo Poetry Prize, “everything reduces to circles and lines.”

In these poems, Kleber-Diggs names delight in the same breath as loss. Moments suffused with love—teaching his daughter how to drive; watching his grandmother bake a cake; waking beside his beloved to ponder trumpet mechanics—couple with moments of wrenching grief—a father’s life ended by a gun; mourning children draped around their mother’s waist; Freddie Gray’s death in police custody. Even in the refuge-space of dreams, a man calls the police on his Black neighbor.

But Worldly Things refuses to “offer allegiance” to this centuries-old status quo. With uncompromising candor, Kleber-Diggs documents the many ways America systemically fails those who call it home while also calling upon our collective potential for something better. “Let’s create folklore side-by-side,” he urges, asking us to aspire to a form of nurturing defined by tenderness, to a kind of community devoted to mutual prosperity. “All of us want,” after all, “our share of light, and just enough rainfall.”

The Kindest Lie by Nancy Johnson A promise could betray you.

It’s 2008, and the inauguration of President Barack Obama ushers in a new kind of hope. In Chicago, Ruth Tuttle, an Ivy-League educated Black engineer, is married to a kind and successful man. He’s eager to start a family, but Ruth is uncertain. She has never gotten over the baby she gave birth to—and was forced to leave behind—when she was a teenager. She had promised her family she’d never look back, but Ruth knows that to move forward, she must make peace with the past.

Returning home, Ruth discovers the Indiana factory town of her youth is plagued by unemployment, racism, and despair. As she begins digging into the past, she unexpectedly befriends Midnight, a young white boy who is also adrift and looking for connection. Just as Ruth is about to uncover a burning secret her family desperately wants to keep hidden, a traumatic incident strains the town’s already searing racial tensions, sending Ruth and Midnight on a collision course that could upend both their lives.

Powerful and revealing, The Kindest Lie captures the heartbreaking divide between Black and white communities and offers both an unflinching view of motherhood in contemporary America and the never-ending quest to achieve the American Dream. Spanning religious, historical, and political themes, a new collection from the award-winning poet

In Sometimes I Never Suffered, his seventh collection of poems, Shane McCrae remains “a shrewd composer of American stories” (Dan Chiasson, The New Yorker). Here, an angel, hastily thrown together by his fellow residents of Heaven, plummets to Earth in his first moments of consciousness. Jim Limber, the adopted mixed-race son of Jefferson Davis, wanders through the afterlife, reckoning with the nuances of America’s racial history, as well as his own.

Sometimes I Never Suffered is a search for purpose and atonement, freedom and forgiveness, imagining eternity not as an escape from the past or present, but as a reverberating record and as the culmination of time’s manifold potential to mend.

A Little Devil in America: Notes in Praise of Black Performance by Hanif Abdurraqib At the March on Washington in 1963, Josephine Baker was fifty-seven years old, well beyond her most prolific days. But in her speech she was in a mood to consider her life, her legacy, her departure from the country she was now triumphantly returning to. “I was a devil in other countries, and I was a little devil in America, too,” she told the crowd. Inspired by these few words, Hanif Abdurraqib has written a profound and lasting reflection on how Black performance is inextricably woven into the fabric of American culture. Each moment in every performance he examines—whether it’s the twenty-seven seconds in “Gimme Shelter” in which Merry Clayton wails the words “rape, murder,” a schoolyard fistfight, a dance marathon, or the instant in a game of spades right after the cards are dealt—has layers of resonance in Black and white cultures, the politics of American empire, and Abdurraqib’s own personal history of love, grief, and performance.

Abdurraqib writes prose brimming with jubilation and pain, infused with the lyricism and rhythm of the musicians he loves. With care and generosity, he explains the poignancy of performances big and small, each one feeling intensely familiar and vital, both timeless and desperately urgent. Filled with sharp insight, humor, and heart, A Little Devil in America exalts the Black performance that unfolds in specific moments in time and space—from midcentury Paris to the moon, and back down again to a cramped living room in Columbus, Ohio

How the Word Is Passed: A Reckoning with the History of Slavery Across America by Clint Smith Beginning in his hometown of New Orleans, Clint Smith leads the reader on an unforgettable tour of monuments and landmarks—those that are honest about the past and those that are not—that offer an intergenerational story of how slavery has been central in shaping our nation’s collective history, and ourselves.

A deeply researched and transporting exploration of the legacy of slavery and its imprint on centuries of American history, How the Word Is Passed illustrates how some of our country’s most essential stories are hidden in plain view—whether in places we might drive by on our way to work, holidays such as Juneteenth, or entire neighborhoods like downtown Manhattan, where the brutal history of the trade in enslaved men, women, and children has been deeply imprinted.

Informed by scholarship and brought to life by the story of people living today, Smith’s debut work of nonfiction is a landmark of reflection and insight that offers a new understanding of the hopeful role that memory and history can play in making sense of our country and how it has come to be.

When the Stars Begin to Fall: Overcoming Racism and Renewing the Promise of America by Theodore Johnson “Racism is an existential threat to America,” Theodore R. Johnson declares at the start of his profound and exhilarating book. It is a refutation of the American Promise enshrined in our Constitution that all men and women are inherently equal. And yet racism continues to corrode our society. If we cannot overcome it, Johnson argues, while the United States will remain as a geopolitical entity, the promise that made America unique on Earth will have died.

When the Stars Begin to Fall makes a compelling, ambitious case for a pathway to the national solidarity necessary to mitigate racism. Weaving memories of his own and his family’s multi-generational experiences with racism, alongside strands of history, into his elegant narrative, Johnson posits that a blueprint for national solidarity can be found in the exceptional citizenship long practiced in Black America. Understanding that racism is a structural crime of the state, he argues that overcoming it requires us to recognize that a color-conscious society—not a color-blind one—is the true fulfillment of the American Promise.

Fueled by Johnson’s ultimate faith in the American project, grounded in his family’s longstanding optimism and his own military service, When the Stars Begin to Fall is an urgent call to undertake the process of overcoming what has long seemed intractable.