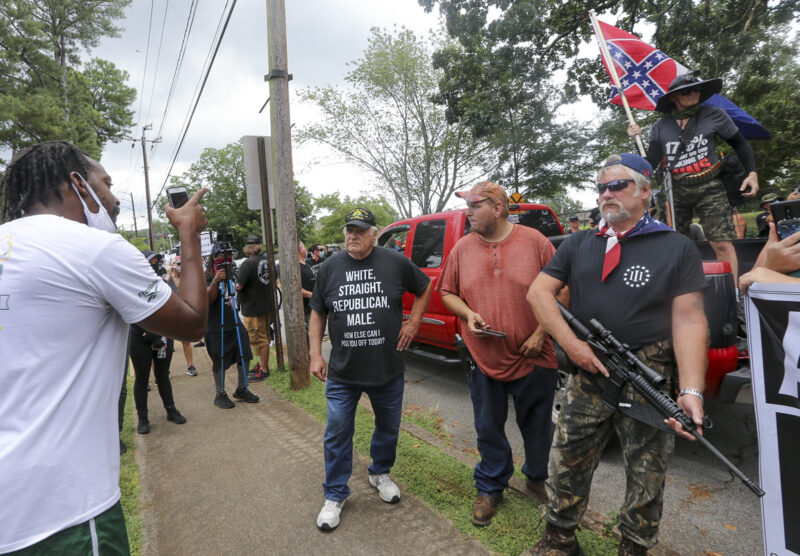 Before we get into this, I must first send a shout out to Mothers. I hope your day was a special day indeed. Also, please allow me to have a moment of silence for all the mothers who have lost a child. Moreover, let us not forget the Mothers of the Movement.

American politics has become quite simple. We are down to one party and a White nationalist movement. Democrats are about governing whether one likes the policies or not.  At least you can identify what is on the table. Republicans have not place anything on the table. Even as I write these words, Republicans are trying to freeze out nonwhite voters and even stifle dissent with laws against protesting. They say they are for lawful and peaceful protest. Sometimes the very nature of a protest carries with it civil disobedience. Thoreau, Gandhi, King, and Lewis have taught this lesson well. Republicans have seen a Black Lives Matter protest that the deem peaceful and lawful.  Authorities, under new laws, would be so quick to call such protests unlawful and arrest everyone in sight. The Republican Party has become a figment of our imagination.   We remember the Republican Party. There is no current Republican Party. What we have is a band of White nationalists and budding authoritarians masquerading as Republicans.  There, leader, Trump, has already shown us the playbook.  Use elections to shut down elections. Once in power, cut the bottom rungs off the ladder.

Opposite the White Nationalists, you have the Democratic Party.  White nationalists call Democrats socialists. This begs the question big time given the fact we are given an explanation as to why Joe Biden would be called a socialist. We Bernie Sanders is a Socialist. However, Bernie only wants more government intervention into the marketplace. Bernie’s liberalism only seeks a larger role for government. He is not seeking a radical or actual overthrow of the American system of government. The same can be said of Elizabeth Warren.  Consequently, Biden’s policies are designed to meet the major challenges that American is facing. The only challenge that I am not sure Biden is adequately facing is the challenge coming from authoritarians functioning outside of government. If we follow the logic of these White extremists, they are trying to run the same play they ran in 2020. Trump will never actually win a majority of the aggregate vote. White extremists in government, both state and federal, would simply use new laws to declare Trump the winner. Once in power, they would use power to explain why there will no need for further presidential elections. Although they claim they are representing 1776, what began in 1776 would come to a screeching halt. The quest for a more perfect union would be replaced by the perfect “Ruler.”  “We the people” will have been supplanted by “L’etat c’est moi.”

Some may think that it is impossible to reinstitute enslavement. The criminal justice system is just one step away. Enslavement would come through incarceration.  We are already witnessing summary executions of unarmed Black people. Arrest warrants have become death summons. Each death of a citizen at the hands of the police takes us one step closer to tyranny.  Due process is left up to police discretion and judicial interpretation. How can the shooting of an unarmed person in the back of the head ever be justified?

In the face of such grand obstructionism, what must be done?  Disaffected Republicans must give up on ever returning to claim their party. The Republican Party is gone.  Disaffected Republicans need to put their talents and resources toward the formation of a new party that will challenge the White Nationalists Republican Party.  The Republican Party needs to be placed in the dust bin of history along side the Federalist Party, the Whigs, and the Soviet Union.  As far as Democrats are concerned, they must turn out for every election as if life and country depend on such turn out.  “For every action there is an equal and opposite reaction. Turnout on the part of Democrats must exceed Republican efforts of voter suppression. The more they attempt suppression, the more you vote. Republicans must be pushed to their logical conclusion which is to past laws which blatantly state that people of color are no longer allowed to vote.  What else must be done?  Disaffected Republicans and Democrats must become allies in order to save the Union. This is no time for liberals to criticize Liz Cheney.  This is a time to become the strangest political bedfellows ever.