Expect Nothing Impact Everything! by Ofili 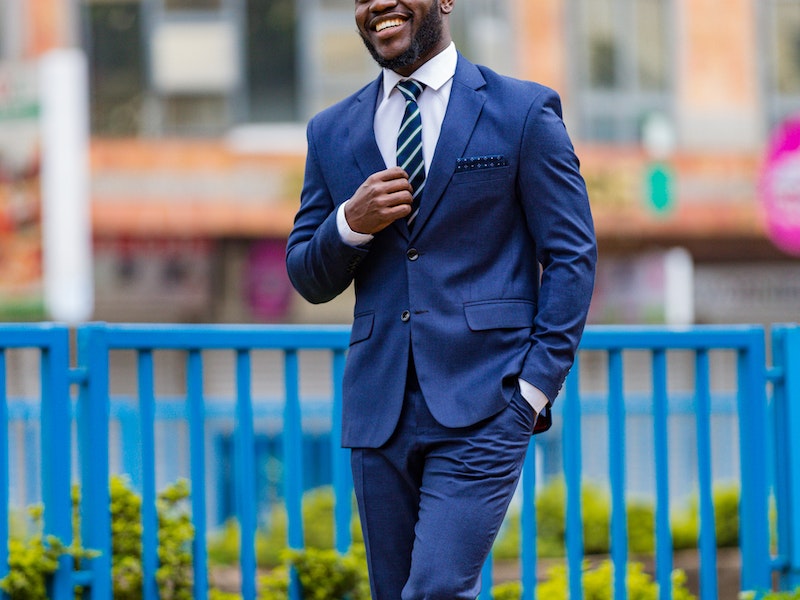 Weighed down by two large boxes, a laptop bag, passport documents and another separate but bigger laptop bag, I found myself stranded at Houston International Airport struggling to navigate through the large facility! If there was a picture of a man drowning in luggage and sweat… this was it! In my maddening struggle to roll and balance my large baggage collection, I cut my finger on the metallic handle of one of the boxes. Soon my finger was gushing with red liquid. Bleeding, sweating and frustrated, I dropped my bags in a dump and proceeded to suck on my thumb (not what you think) to mitigate the bleeding. It was at that moment…thumb in mouth…that the airport shuttle arrived…somehow I had managed to waddle to my destination. I proceeded to load my boxes onto the shuttle, one by one. But, no sooner had I begun rolling struggling with the first box…when I noticed from the corner of my eye the driver of the shuttle climbing down to grab my remaining boxes. Normally I would have resisted…but today was different. I was beyond frustrated and greatly needed the help.

With all the boxes loaded, the shuttle began making its way to the departure gate. In less than 5 minutes we had arrived. On regular days this would have been good news for me, but my bloodied finger wished the ride could last a bit longer just so that it could rest a bit more. But before the bus could even screech to a halt, the shuttle driver had begun pulling out my boxes (obvious exaggeration…work with me here). This is normally where most people would have stopped. This guy was different! Noticing that I was not going to be able to make it far with my large collection of suitcases and bleeding thumb, he left an entire shuttle full of passengers waiting and went inside the Airport to find a luggage trolley and then proceeded to load up the trolley with my boxes!

I was so appreciative of the help that I immediately reached into my pocket to grab him a tip. Before I could lift my head up, he was in the shuttle heading over to his next destination. It was in that moment that I realized he had done everything he could, not because of the tip, but because it was the right thing to do.

Throughout life, we have the opportunity to go the extra mile for people such as family members, co-workers and customers. Our human instinct is to be recognized for our efforts. We crave tis attention and we need it. However, our initial drive to go the extra mile should not be propelled by this urge for recognition, but more so it should come naturally because it is the right thing to do. And when we do it, just like the shuttle bus driver, we should expect nothing…and that lack of expectancy allows us to impact everything around us from people to businesses.

So the next time you go the extra mile for a family member, do it because it is right and don’t hound them for recognition every time you see them. The next time you assist a co-worker at work, let it be for the purpose of knowing that it would help your organization succeed and not because you need a promotion. The next time you find yourself going the extra mile for a customer or client, do it because your organization demands it and if applicable, refuse the tips. Selfless acts like that create a huge impact on people’s lives; just like the shuttle driver’s impact on my life at the Airport.

Expect Nothing Impact Everything!

Ofili is an award winning motivational speaker, author, success coach and entrepreneur who blogs about life, success and entrepreneurial excellence. He is the author of “HOW STUPIDITY SAVED MY LIFE”.

Previous I Knew He Was Crazy! Telltale Signs of Depression and Suicide in the African American Community by Dr. Gina Moore-Sanders, Ph.D.
Next “3 Things the Richest Man Who Ever Lived Can Teach Us About Money by Mark Anthony McCray