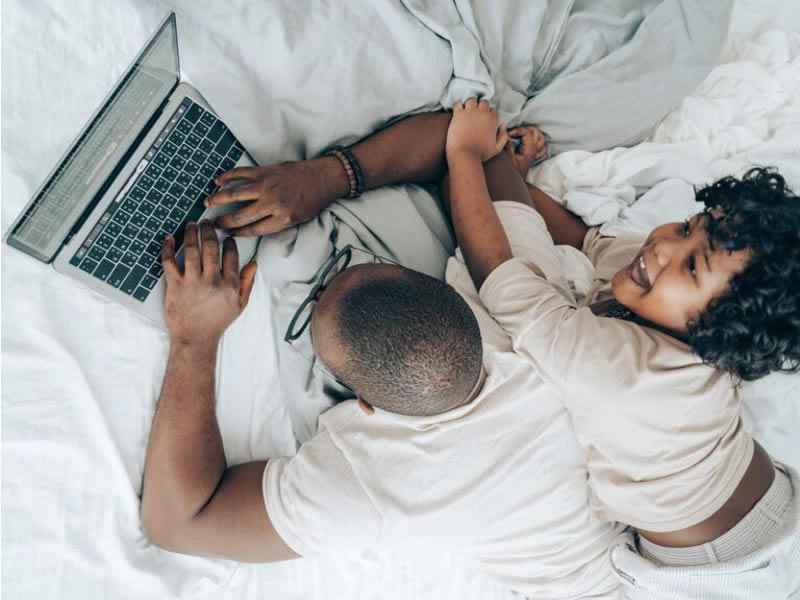 Being a father is the best job I’ve ever had. The wages are low and the hours are long but nothing beats being a dad.

Being a father is nothing like having a job. You can’t show up late, call in sick, or take a vacation. You can’t quit, get laid-off, and collect unemployment insurance.

What a father does or doesn’t do matters. Parents teach us what to do and what not to do by the examples they set. Sometimes we learn bad habits by observing their negative behavior. It’s easy to pick up bad habits this way; but, it is hard to discern the right thing to do in the absence of a positive role model.

As a child, I grew up without my dad. I don’t lament my fatherless childhood because that requires ignoring the many surrogate dads who stepped in and stepped up to fill the void. My stepfather, godfather, mentors, and uncles—even the play ones—have and continue to influence my life. They taught me many things that ultimately contributed to who I am and my youngest son is named after two of them.

I don’t know what it’s like to have my dad read me a story before tucking me into bed and kissing me on the forehead. Rather than dwell on this, I choose to focus my energy on being the best father I can be for my two boys by not only being the kind of father I didn’t have and for which I yearned but more importantly by modeling the examples set by the surrogate fathers in my life and the many actively engaged fathers I encounter today.

While some shirk their responsibilities, most fathers endeavor to play an active and positive role in their children’s lives regardless of their relationship with the child’s mother. This is especially true of Black men who are often erroneously maligned as deadbeats and absentees. In fact, according to the Center for Disease Control and Prevention, Black fathers are just as or even more engaged in the lives of their children than white and Latino fathers, whether they live with them or not.

Let that sink in. Yes, on average, Black fathers spend more time caregiving for their children than any other racial or ethnic group of fathers. That means reading to our kids, bathing them, cooking for them, taking them to school, and doing homework with them. Black fathers? Yes! We’re talking about that same group that is scapegoated and cast as deadbeats and absentees.

We might not all be doctors like Cliff Huxtable from “The Cosby Show;” an advertising executive like Andre Johnson, Sr. from “Black-ish,” a newspaper deliveryman and security guard like Julius Williams in “Everybody Hates Chris,” or be married to the child’s mother like Furious Styles in “Boyz N The Hood” or Monty James in “Daddy’s Girls.” Most Black fathers are actively engaged in nurturing and mentoring our children.

Often when I make this point, people—including Black folk—respond with an anecdote about how they or someone they know grew up without a father present. I was one of them.

When I respond by asking about the positive male role models in their life, they usually point to another Black man. Let me get this straight: because one Black man fails, we’re going to cast aspersions on the whole lot? That doesn’t seem right.

Regardless of the evidence in media and popular culture, I am struck by the persistence of the prevailing stereotype of Black men as deadbeat fathers. Most Black dads I know, and the CDC study bears this, are actively engaged in the lives of their children. Again, this is true whether they are married to the mother(s) of their children or not or live in the same household.

Being an actively engaged Black father is a direct assault on the long-running, racist, and false narrative perpetuated from virtually every corner of society that Black men are absent. Being a Black father is a radical act of resistance. We know that the margin of error to succeed in almost any endeavor in America is precariously thin and can be hopelessly fleeting. However, we persist in large and small ways because that’s what fathers do. We make our kids dinner, help with their homework, encourage them to be their best, and create nurturing environments for them to succeed.

J. Jioni Palmer is the founder and publisher of “Thinking Good,” a digital media community that helps men be their better selves and is the Men’s Minister at Metropolitan AME Church in Washington, DC. A graduate of the University of California at Los Angeles and Howard University School of Divinity, Palmer is a former journalist, Congressional staffer, and Obama administration appointee. He lives in Washington, DC with his wife and two sons.

Previous Make it Count With Farris Long | CLEAR OUT THE CLUTTER
Next “REAL Men, REAL Fathers?” by Billie Miller