Make it Count With Farris Long | CLEAR OUT THE CLUTTER 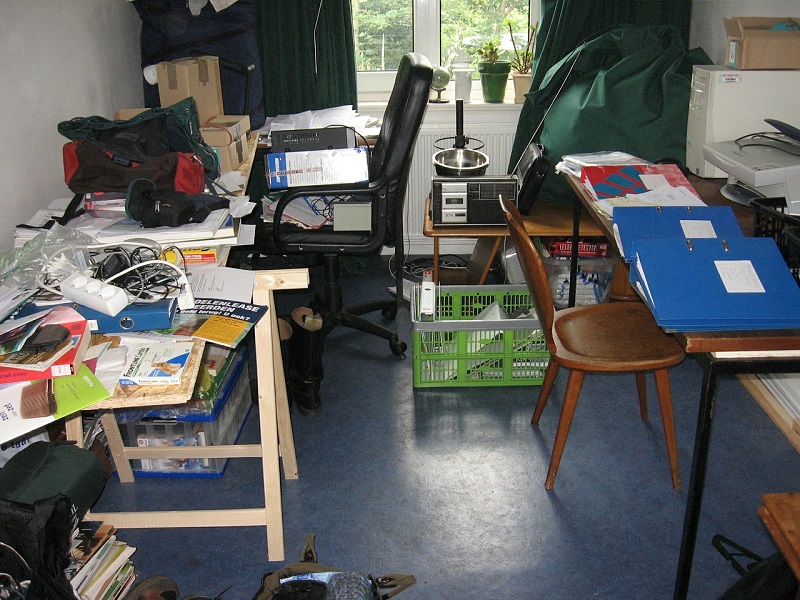 Managing a schedule like mine isn’t always easy. Between my responsibilities as an elder at my church, running my business, being a husband and father, a life empowerment speaker, and finally a traveling preacher, I am on the go quite a bit. As a result, one of the places that tend to go overlooked is my office. I’ll be honest; it had gotten pretty doggone bad. But earlier this week I was somehow able to take some time “off the grid” to tackle this monumental task. What made me do it? I looked around and said to myself, “I’m tired of the chaos.” As I share this article I want every reader to understand that much of what I say will be both literal and metaphoric. Who knew that something as simple as cleaning up my space would provide valuable life lessons that could help people across the nation? So here are a few of the life lesson nuggets I learned.

1) The key to clearing the clutter is to be tired of the chaos. Initially, I had to come clean (no pun intended) and realize that the level of clutter that was in my space was not a good thing. As long as it was tolerable to me it was never going to change. The same is true in our lives. We will never change the things that we feel we can cope with. Until we can no longer cope with them then we will never change them.

2) When it comes to clearing clutter, be careful because being preoccupied can keep us from protecting the sanctity of our space. After taking out two full bags of trash from my office, I realized that my day to day life had so consumed me, that I had allowed too much to build up around me. The clarity of your space should be viewed as sacred. Great care should be given to make maintaining it a priority.

3) We cultivate chaos when we keep clutter around us. Clutter is when we keep unnecessary things in our space beyond their set time, and when we mishandle important things, by dropping them off in the wrong place. When the important and the unnecessary fill the same space, the important stuff begins to look a lot like the unnecessary. Some people and things aren’t given the care and attention they deserve because we mix them with things that no longer matter and we become “users” because we only seek them out when we “need” them.

4) When cleaning up your “office,” some things are obviously important to keep, but sometimes it’s not quite so obvious what needs to be thrown away. The decision to let go of the unnecessary is tough when we aren’t sure whether or not we might need it again.

5) Clearing the clutter requires refiling. Some things belonged in the forefront (active file) in the past, but now, although they are still necessary, they are only needed “as needed.” So we have to be okay with the fact that it’s okay to move them to the back. In other words, don’t keep allotting priority space to things that are past tense.

6) Clearing the clutter requires refining. Refining, to me, not only means getting rid of the excess but rethinking your action plan. What worked yesterday may not be the best strategy for today. Then again, it may still be an effective plan. But it has to be worked more consistently.

7) Chaos is a killer of creativity. The condition of my office is similar to the condition of some people’s life. They are confined by the clutter. I wasn’t able to move around a whole lot in my office because so many things were in the way. I was able to function but not be full effective. By cleaning my office, I realized that my own chaos was killing my creativity. The moment I started putting things in place, creativity began to flow like crazy. I am a graphic designer. After purging and re-aligning my space, I accomplished so much until even I was amazed. I felt like a new man. My jubilant expression turned melancholy when I began to consider, “How much more could I have accomplished by now if I had cleared the clutter and killed the chaos sooner?”

From that moment on, I made a promise to myself to make a more conscious effort to keep my space in order. If I am going to challenge others to live effective lives; it starts with clearing the clutter for the man in the mirror. That the best way for all of us to “MAKE IT COUNT.” Using his trademarked theme “MAKE IT COUNT” He not only reaches out to the churched, but he shares messages of empowerment with people from all walks of life, outside the church walls. He has taken this impactful message into the juvenile judicial system of Duval county, into upper level education institutions and more. He is passionate about challenging people to pursue their potential and to fulfill their purpose. “Make it Count” is the outreach arm of his ministry. But his foundations remain true as he is also a sought after minister of the gospel, worship leader, and psalmist.  Dr. Long, a native of Jacksonville, FL., now resides in Knoxville, TN and serves as the Preaching Pastor and Asst. to Bishop Gary E. Wright of the Kingdom Life Church of Knoxville.

Previous SHIFT OR BE SHIFTED by Simon T. Bailey
Next Black Fatherhood: A Radical Act of Resistance by J. Jioni Palmer