THE BEAUTY OF AN OLD BLACK MAN IN AMERICA by Dr. Anthony Neal 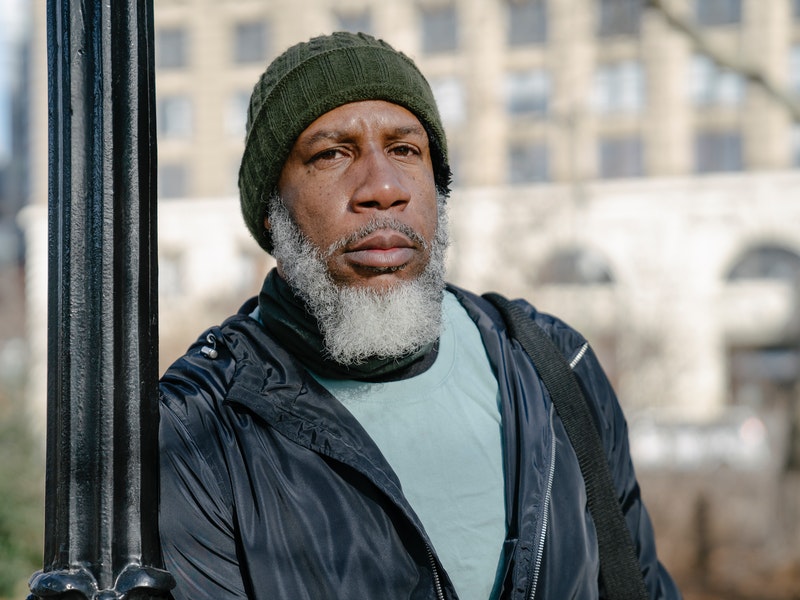 “Age ain’t nothing but a number,” they say.  But Black men in the United States need to accumulate more of those numbers.  Despite health eating, exercise, and the proper use of medication, the only way you are going to be forever young is to die too soon. Growing old in America for a Black man in America is an act of defiance.  A fellow Clark Atlanta alum recently celebrated his seventieth birthday.  His celebration was a revolutionary act. It was downright subversive.  Life expectancy for all Americans has declined recently due to Covid.  However, the steepest decline was among African Americans with emphasis on Black males. Yes, to grow old in America, on the part of a Black man, is certainly a revolutionary act.  Death is quite familiar with the Black face in the United States.

Just this year along we have already lost Sidney Poitier and the oldest living World War II veteran.   Poitier was in his nineties.  The veteran was said to be one hundred and twelve.   Just think of the young Black entertainers who have gone too soon.  Can you imagine the number of young Blacks who died on foreign soil in World War II, the Korean War, and Vietnam?  Think of all the young Black males who are lost to gun violence every year. Young Black females seem to be increasing in this category as well.  What was your life like at seventeen?  You are now aware of how much more living you had to do and needed to do when you were seventeen.  Far too many have lost their lives before they had a chance to even be aware of what life is about.  Let us celebrate youth; but old age will be the true barometer of our success as a nation.  A country can only be as great as its population.  How a nation manages its population will determine how successful of a nation it will be. In the sixties and seventies, the cliché was “Nation time!” It must become nation time again with the focus on increasing the life expectancy of our inhabitants.

We must cease becoming an actuarial gift to Social Security and an anathema to life insurance companies.  As it pertains to Social Security, we pay in all of our working lives, but do not live long enough to collect.  As it pertains to life insurance, our beneficiaries would much rather have us around.  Imagine an old Dr. King, Malcolm X, or Fred Hampton.  Imagine how much more they had to contribute to our nation; too us.  With the expiration of our youth becomes the death of our future. They know me as Dr. Neal now; but I had a lot of living I had to do before getting to this place.  If my tracks had ceased at the age of seventeen, some ideas would not have inspired thousands of students over a more than thirty-year career.  How many cures for cancer lie buried underneath the soil?  How many technological advances are hushed up in death?   How many problems go unsolved because the ghost was given up too soon.   We need to increase time between intervals of the same feet coming back to carry another soul away.

Popular sentiments in the eighties had Black men listed on the most endangered species list.  The specter of Treyvon Martin, George Floyd, and Ahmaud Arbery seem to beg the question that the early twenty-first century is no different from the late twenty-first century.  All I am saying is all these gentlemen needed to grow old. They still needed to be here. “Black Lives Matter” is a profound movement. It even a more profound statement inherent in the fact that it needed to be uttered.   As much I love classic rock, I have to disagree with Roger Daltrey when he sang “I hope I die before I get old.” The new rebellious statement has to be “I intend to live to be one hundred and one.”

We exist in a culture obsessed with finding the “Fountain of Youth.” What need to find is the Fountain of Life. Old age has more to offer than just wisdom. Old age offers us its presence.  I need that living history. I am not ready to read the last will and testament or someone’s obituary.  I want to hear their laughter. I want to feel their presence.  As I struggle to breathe for many more years, that is what I what to grant my son. I want to give him my presence.

Anthony Neal earned his Ph.D. in political science at Atlanta University (now Clark Atlanta University) and is currently an associate professor at State University College, Buffalo. The author of numerous book reviews journal articles, and books: Oral Presidency and The American Political Narrative in addition to three collections of verse including Love Agnostic: The Eternal Protest.