GENOCIDE BY ANY OTHER NAME WOULD KILL THE SAME by Dr. Anthony Neal

Brotha Magazine > Blog > Daily Digest > GENOCIDE BY ANY OTHER NAME WOULD KILL THE SAME by Dr. Anthony Neal 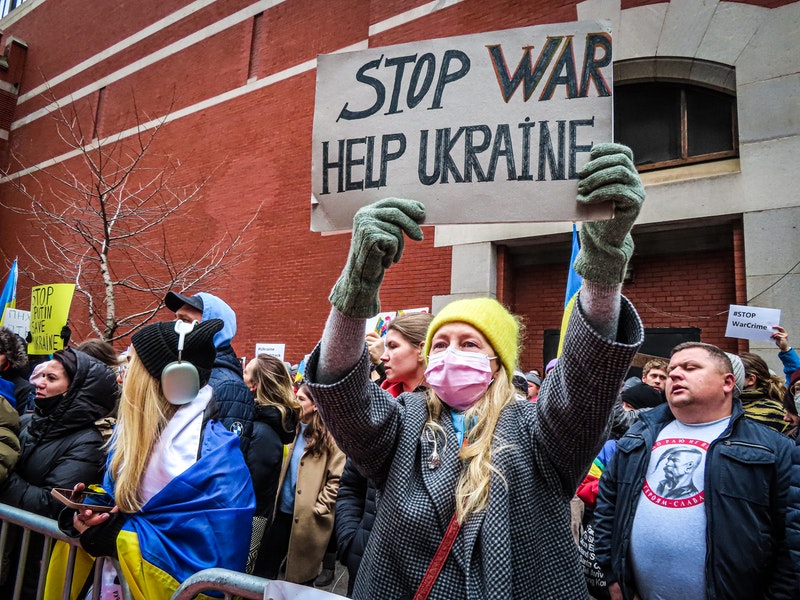 One news outlet showed the bloody sheets which contained an eighteen-month-old baby/toddler.  Vladimir Putin is committing genocide in Ukraine.   He tells his Russian nation that he is carrying out a “special military operation” to save persecuted Russians and de-Nazify Ukraine.”  The press says it amounts to the “slow annihilation” of the Ukrainian military. I argue that genocide by any other name would still kill the same.  Rafael Lemkin was Polish lawyer of Jewish descent who coined the term “genocide.” One major aspect of genocide is “the deliberate infliction on a group condition of life calculated to bring about its physical destruction in whole or in part.” This is what Putin’s militaristic adventurism in Ukraine is doing to the civilian population. He has already prefaced his madness with the assertion that Ukraine is not a legitimate country. From here we can follow the syllogism to its deadly conclusion. If Ukraine is not a legitimate nation, then what are the people of Ukraine. You cannot erase a country’s well-established border from a map without systematically destroying its population.

The question for the rest of the world is whether we are simply going to sit back and watch as this genocide unfolds.  Is there an unacceptable level of death and destruction that will serve as a trip wire for global intervention?  On the other hand, if we follow the logic of the West’s response to Putin’s nuclear threats, the Russian military will be allowed to roam around Europe in perpetuity destroying lives and countries without restraint as long as Russia does not cross over into a NATO country. In 1994 the world witnessed the Rwandan genocide against members of the Tutsi, Twa, and anyone who would come to their defense. The slaughter lasted close to three months resulting the death toll of about 1.1million people. Putin’s war on Ukraine is well into its second week. However, targeting of the civilian population through indiscriminate bombing has escalated. This means that schools, churches, hospitals, shopping areas, high rise buildings, apartment buildings, single family residential homes, and whole neighborhoods are being systematically destroyed by Putin and his army. It goes without saying that these edifices are inhabited by people. These people range from infants to the elderly.  Babies are being killed by the Russian military. The elderly individuals are being killed by the Russian military. The entire population of Ukraine is being attacked with extreme prejudice.

The International Criminal Court (ICC) is investigating to see if Putin is committing war crimes. Based on the prima facie evidence to date, I believe this entire operation is one big war crime.   Putin invaded a sovereign nation with absolutely no justification or provocation. If such an invasion is allowed to happen to Ukraine, what is the purpose of the United Nations?   What is the purpose in international diplomacy? Putin’s barbaric anarchist statism would become the rule of the day in place of the rule of law.  Survival of the fittest or of the most egregious would become the dominant theme for the world. In short, Putin must be held accountable for his war crimes. This means that he should never be allowed in the company of legitimate world leaders ever again. It would be a travesty for Putin to allowed to participate in any global meetings of world leaders. What Russia is doing goes beyond state sponsored terrorism.  ISIS has nothing on Putin’s Russia. The Russian state is the terrorist.

Amid this pulsating darkness, there are faint glimmers of hope.  For example, Ukraine is roughly the size of Afghanistan.  The Soviet invasion of Afghanistan lasted ten years and contributed to the breakup of the Soviet Union. I cannot predict how long the invasion of Ukraine will last; however, I can only hope that a Russian defeat would only signal the end of the Putin regime. Nevertheless, the clock is ticking on this situation. How long can Putin fund this war given the unprecedented number of sanctions that have been leveled at his country.  It would been amazing to see his war machine simply stall in place with no ability to advance.  The stalled convoy should be allowed just to stay there as a testament to the folly of war. Once the Russian army has retreated to its own country, a new highway can be built around the stalled military convoy. The stalled military convoy can become a living museum and tourist destination.  Call it the last genocide.

Anthony Neal earned his Ph.D. in political science at Atlanta University (now Clark Atlanta University) and is currently an associate professor at State University College, Buffalo. The author of numerous book reviews and journal articles, and books: Oral Presidency and The American Political Narrative in addition to three collections of verse including Love Agnostic: The Eternal Protest.