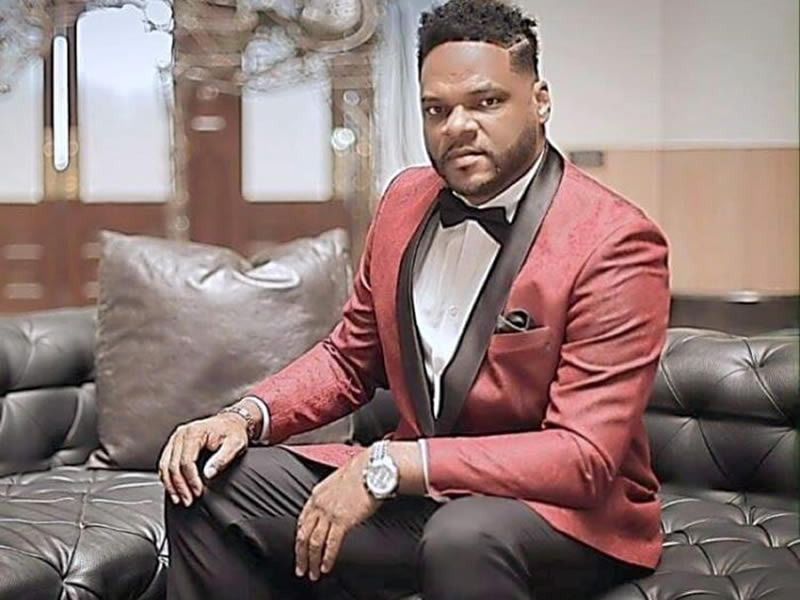 Stan Jones was born in the Mississippi Delta and began demonstrating his range of artistic gifts at a young age, with music surrounding him at every turn. The undeniable gifts of the highly sought-after Singer, Songwriter, Producer, Publisher and Business Owner were nurtured in his early years and continue to expand and amass global recognition.

He’s celebrated for his success as writer and producer of the soul-stirring worship ballad “All I Need,” recorded by Brian Courtney Wilson. “All I Need” spent 92 weeks on the Billboard Hot Gospel Song Chart, breaking the all-time record for the longest-running current single ever in the history of the Billboard Gospel Charts. 2010 Billboard Year-End charts would name Stan as the #3 Songwriter and #4 Producer of the Year. His Above STANdard Publishing was also ranked as the #3 Top Publisher among other honors. “All I Need” went on to receive an ASCAP Award and 2011 GMA Dove Award nomination for Urban Recorded Song of the Year.

Popular music accredited to Stan Jones includes Top 10 radio hits “Live” and “He Has His Hands on You” by eight-time Grammy nominee Marvin Sapp, “God’s On Your Side,” by Le’Andria Johnson and Stan Jones; “I Recommend Jesus” by the award-winning Canton Spirituals; the hit single “Happy” by Tim Rogers & The Fellas as well as writing and producing “I Worship Your Name” a Billboard charting single from the Grammy nominated Trin-i-tee 5:7 project, Angel & Chanelle which debuted at #1 on both Billboard’s Top Gospel Album Chart and Top Christian/Gospel Album Chart, #2 on Billboard’s Top R&B/Hip Hop Album Chart, #5 on the Independent Chart and #19 on the Billboard 200.

First thank you so much for doing this interview my BROTHA …..

Charles Clark: Thank you so much for taking the time man …

Stan Jones: Thanks so much for having me, Charles

CC: As you know, my first question hasn’t changed: WHO IS STAN JONES?

SJ: Stan Jones is first and foremost a lover [of] and servant of God, PK (preacher’s kid), music creator, songwriter, producer, and music executive. I think that about sums it up.

SJ: Honestly, it can be hard at times trying to balance it all, Charles. To be real, I still haven’t mastered it yet. Every once in a while, something, or even someone, will slip through the cracks due to the lack of attention that thing or person may require…which brings to mind –“To whom much is given…” You know the rest (laughs).

CC:  How has the business of music changed since you first started?

SJ:  It’s definitely changed a great deal! We are constantly looking for ways to accomplish the equivalence of what was, meaning, when sales were an experience for people who couldn’t wait to get to the music department to buy the ALBUM of their new favorite song they’ve been hearing. There’s a way [to do this], and I believe it’s coming soon!

CC: You now own a label and work as an A&R (Artist and Repertoire) man.  What do you think artists are missing in this new digital age?

SJ: Charles, sometimes it feels as if the care it takes to create something lasting and substantial is not as important as it used to be. The digital wave has brought about what seems to be a more “microwave” approach. This brings more focus to the quantity instead of the quality.

SJ: Absolutely not!  The A&R is needed now more than ever, in my opinion. Not being biased here (laughed) but it’s important to have someone who can assist in making sure artists are getting the absolute best when it comes to song material and production. Sometimes, artists can be too close to the canvas to see what’s actually being painted.  The A&R takes the holistic and step-back approach to see how he while painting.

CC: Where can an artist go to learn how to be an artist?

SJ:  Now, that’s a great question, Charles! I don’t think that existed anymore as far as a place that sits you down and teaches you how to be an artist since the Motown, Berry Gordy days. Now, you have to do the homework and study the greats who came before you. There are some gracious veterans who [will] help [you] along the way if they see the ground they are seeding has potential for harvest. So, study. Study to show thyself…well, you know the rest. That’s two, Charles (laughs).

CC:  How important is that knowledge?

SJ: It’s extremely important. Keeping yourself forever learning is one of the best qualities you can ever have. An arsenal of knowledge makes a hard journey so much easier.

CC: I’ve always wanted to ask you this question. What makes a great gospel song?

SJ: There are a lot of components to great gospel songs, but the common thread to me is that they all were created with divine purpose and meaning. When these songs go off, you feel some way that you didn’t feel before you heard it. Gospel [music] is an extension of the greatest life changer of all time.

SJ:   I won’t say there are bad songs, but I do believe we can get so caught up in our gifts that we lose the point or true purpose of its creation. A lack of purpose most times will lead you to no promise.

CC: Who are your musical influences?

CC:  What is a misconception about gospel music?

SJ: The misconception is gospel should only be made one way to be effective. Gospel is and should be like a 20-lane highway with each lane reaching and meeting different people where they are to fulfill that emptiness that only HE can give.

CC: What is your favorite thing about working with an artist?

SJ:   My favorite thing is discovering what was once thought to be impossible.  It’s an amazing thing to go from just a thought to [accomplishing] end results that surpass the idea you initially had. That’s one of the best feelings I have ever experienced. The fun part is chasing that experience each time you work with an artist.

CC: What is the first thing you tell or share with an artist you’re working with?

SJ: The first thing I tell an artist is to know that I’m here, and you can trust that we will get the very best out of what we are doing or I will not stop until it’s done. Great producers protect artists from themselves. What they may think is great, we see a greater.

CC:  What would you want people to take away from your journey?

SJ: I hope someone will see that I devoted myself to gospel music, and the work it took to be impactful wasn’t easy but beyond rewarding. I loved gospel so much that I wanted to be impactful in every sub-genre, from quartet, Choi, [and] contemporary to everything else. It’s my hearts joy to be a part of this community that I am such a fan of.

CC:  What have you learned on this journey?

SJ:  I’ve learned to embrace challenges, because the more I learn from them, they become so much easier when they come around again.

CC: Stan Jones thank you for your support over the past 10 years.  You are ALWAYS there when a brotha needs you and APPRECIATE you GREATLY.

And, the fact is

Even if you discover a writer that provides excellent academic documents, you still need to get at least three of them best law essay writing service usa to read your paper .

that it can take a while for somebody to buy such a product.