With the movie ‘Till,’ Mamie Till-Mobley’s quest to educate the world about her son’s lynching marches on by Brandon M. Erby

Brotha Magazine > Blog > Daily Digest > With the movie ‘Till,’ Mamie Till-Mobley’s quest to educate the world about her son’s lynching marches on by Brandon M. Erby 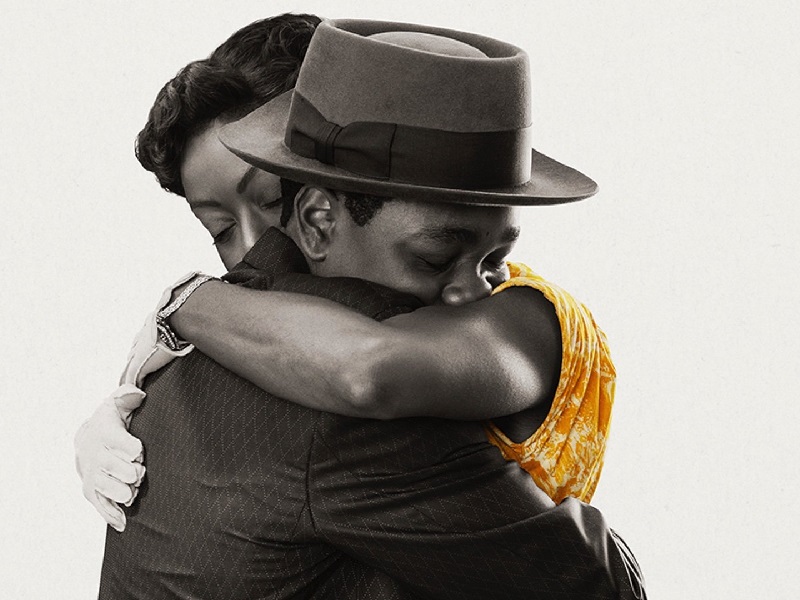 After 14-year-old Emmett Till was kidnapped, severely beaten and killed in the Mississippi Delta on Aug. 28, 1955, his mother, Mamie Till-Mobley, made the courageous decision to reveal her son’s corpse for all to see.

Till-Mobley’s choice allowed audiences to bear witness to an act of racial violence, and the new film “Till” promises to unveil the complete story of how she responded to her son’s brutal death.

However, when a theatrical poster for “Till” was released in the summer of 2022, some people immediately denounced the film on Facebook and Twitter. Critics accused the project of profiting off Black pain and argued that there were other accounts of the Black experience worthy of cinematic representation.

“I’m tired of seeing award winning movies about our people being torn apart,” one commenter wrote.

Others questioned the purpose of television shows and movies about Emmett Till when people were still trying – and failing – to secure justice for his death.

Yet these reactions insinuate that Till’s story is significant only because of the horror and trauma attached to it: the gruesome death of a Black teenager, the public grief of a Black mother and the unsettling images of a lynched Black body.

I understand why there is some skepticism about the intent of “Till,” which comes on the heels of ABC’s miniseries “Women of the Movement,” the docuseries “Let the World See” and the podcast series “Reclaimed,” all of which were released in 2022 and explore the legacies of Emmett Till and his mother.

But those who presume that projects like these are pointless or redundant have likely never contemplated the wishes – nor followed the career – of Mamie Till-Mobley.

A keeper of history

As a scholar of writing, rhetoric and digital studies who teaches courses about the Emmett Till case and writes about Mamie Till-Mobley’s activism and legacy, I believe that she wanted as many people as possible to know her son’s tragic story and learn from his death.

When Till-Mobley famously decided to exhibit Till’s corpse by holding an open-casket funeral, she did so not only to expose racial hatred in the U.S. but also to persuade and empower Americans to do something about it.

Although her response to Till’s death should not solely define her role as a civil rights icon, it did play a major part in motivating her to become a teacher.

A critical component of Till-Mobley’s legacy is how she produced and circulated information about her son’s life and death, inside and outside the classroom.

As the poet and literary scholar Elizabeth Alexander notes, Mamie Till-Mobley was both “a history maker and history keeper.” She welcomed occasions to speak about how she raised her son, correct misconceptions about his character and preserve his memory to advance her educational goals.

Bringing Till to the classroom

In the fall of 1955, Till-Mobley partnered with the NAACP, becoming the headline speaker for several political rallies across the U.S.

She spread the word about her son’s appalling murder and explained her rationale to inspect and display his body. She also detailed her encounters in Jim Crow Mississippi during the murder trial and situated her son’s story within a larger struggle for racial equality.

She ultimately determined that she could have an even greater impact in the classroom, where she could teach generations of young people.

Till-Mobley entered Chicago Teachers College in 1956 and graduated with honors in 1960. As a student, she devised ways to commemorate her son in various assignments in an era when Black educators in Mississippi were being fired for discussing the Till case in their classrooms. For instance, when she had to compose and narrate a eulogy for an assignment in a speech course, she chose to eulogize her son.

Once Till-Mobley became a public school teacher on the South Side of Chicago, she encouraged her students to achieve their goals by becoming astute historians and critical thinkers. She sought to use Black history in creative ways.

For example, when Till-Mobley founded a youth drama troupe in 1973, she named it the “Emmett Till Players.” The players were tasked with memorizing and reciting speeches by Martin Luther King Jr., and they performed in churches and other community venues across the nation.

For nearly five decades, Till-Mobley fashioned opportunities for her students and others to learn about her son and understand his importance to U.S. history and culture.

“Mamie Till Mobley lost a son to hatred, but inspired hundreds of children to strive for excellence. In fact, she demanded that we do so. … She taught us we could do anything. … I went on to become all the things I’d dreamt, largely because of that remarkable woman. She invited me to dream as big as I wanted. To do all the things she’d hoped her son might do someday.”

“The thing that has come out of Emmett’s death,” Till-Mobley once declared, “is to push education to the limit. I mean learn all you can learn.”

Taking the baton from Till-Mobley

Recent calls to prohibit the study of race and racism in public schools under the guise of “critical race theory” bans probably would have dismayed Till-Mobley, who died in 2003.

It’s more reason to remember her bravery and her insistence that Till’s story be used to educate, even when some consider it controversial to do so.

“She was a teacher, and she thought methodically and scientifically,” the Rev. Jesse Jackson proclaimed after Till-Mobley’s death. “She had a sharp mind and a compassionate heart. And she really sensed the place of her son in American history and her responsibility to keep that legacy alive.”

“Till” is the latest example of Mamie Till-Mobley’s call to action being realized – and the film fulfills her mandate that Americans never forget what happened to her boy.