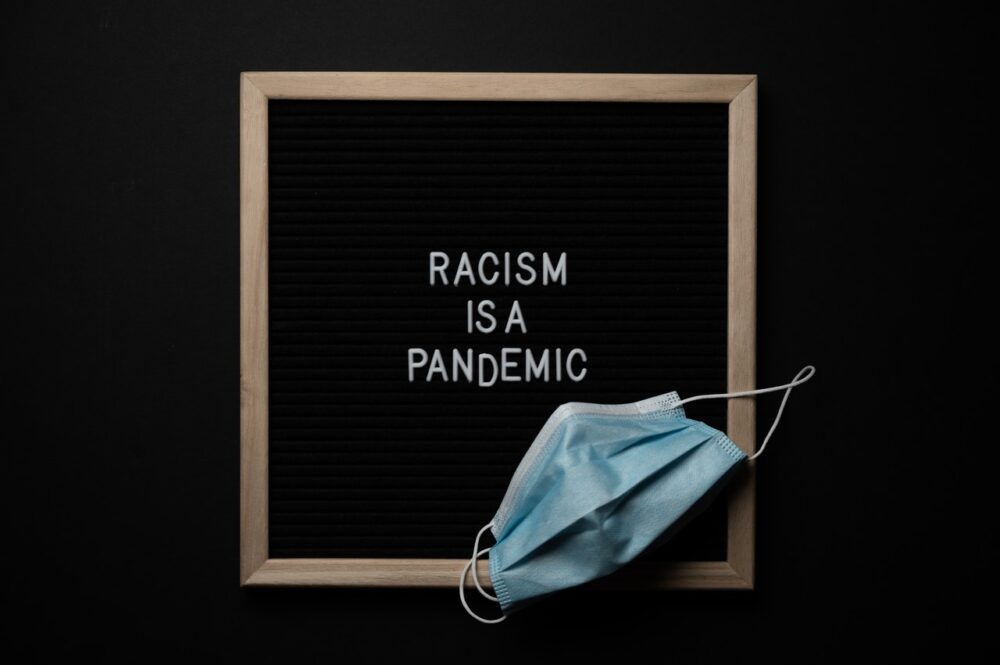 There is a poem I wrote entitled “Pretend.”  One of the lines in the poems screams out rather emphatically that “Racism…..is a crime that should be punishable by death!!!!!!”  Punishable by death?  But all too often racism, racist behavior, or racist acts go unpunished.   We are watching intently to see how the trial unfolds in Minnesota.  We are watching intently to see if there will even be a trial in Kentucky. We heard that high school basketball announcer goes off on those high school girls who took a knee during the playing of the National Anthem. The girl team was integrated with Black and White players. Nevertheless, he cursed the whole team those F/N N/GS!  In hindsight, he is blaming his outburst on his diabetes.  We are waiting, watching, and listening. On the other hand, we know that “racism” is an overused term that in some cases has lost its meaning.    When we hear the term, I believe we have an idea what it means. Meghan Markle just used the term to describe her treatment while living among the Royal Family of England. We know this history of the Royal Family just as we know the history of the United States. Yes, we find it plausible that she encountered “racism” at the hands of the Royal Family.  Racist behavior is ubiquitous, but the performers of such deeds are amorphous. Very few people, institutions or things that we decry as racist actually admit to being racist.    A Black Capitol Hill police officer stated that on January 6, 2021 he was called “the N word” over sixteen times by the Trump supporters who stormed the Capitol. The officer fought gallantly.  Yet, in the aftermath of the melee, he asked “Is this America?”  He subsequently wept. Markle stated that she contemplated suicide.   She just did not want to live anymore. As it pertains to the officer, if you remember being called the “N word” once in the course of a month or year you know how it made you feel.  Now imagine being attacked by raging White mob who is hurling that word at you for at least three straight hours.  Imagine being surrounded by White privilege and White supremacy simultaneously.

There is movement afoot in Washington, D.C. to rename the FBI building. Currently, it is named after J. Edgar Hoover.  The name is racism personified. There are many racists who do not have the power to practice racism.  One way we define racism is that it is that is extreme racial prejudice accompanied by power. Hoover used every lever of power he could think of to subvert Black liberation struggles in the United States. He was against individuals and groups.  He did not care if they were peaceful, non-violent, or militant. He encouraged Dr. King to commit suicide.  He hounded Billy Holiday.   Hoover also presided over the assassination of Fred Hampton in Chicago. Nevertheless, he is honored by having his name on this building. Within that building today, agents are struggling with how to address radical White supremist elements in the country. The Trump Administration turned a blind eye and deaf ear to the problem. Trump and his Administration have been labelled racist.   For example, they halted the drive to place the image of Harriet Tubman on the twenty-dollar bill instead of the current bigoted President Andrew Jackson.  A portrait of Andrew Jackson adorned the Trump Oval Office. Trump was also against taking the names of Confederate Generals off of U.S. military bases.  Well, all I have to say is that if it walks like a duck; if it quacks like a duck; it must be a duck.

The Edmund Pettis Bridge is named after a member of the Ku Klux Klan. Just as there is a movement to rename the FBI Building, there is a movement afoot to rename the Edmund Pettis Bridge.  A nominal successor for the FBI Building has not been identified. Yet, for the bridge in Selma that is seared into our consciousness, John Lewis is the name that has been selected to replace that of Edmund Pettis. I can only imagine one future March 7th commemoration of Bloody Sunday taking place as the marchers cross the John Lewis Bridge. Let us not forget the blood.  Let us not forgo the victory either.  With people like President Trump and Senator Ron Johnson of Wisconsin, it just might be easier to change history than it is to change the name of a building, a unit of currency, or a bridge.  Racism has a legacy.  Racism has a vestige.

Previous “Are you a TREE or a SHRUB?” by Billie Miller
Next PRESIDENT BIDEN: GOVERNMENT MAN by Dr. Anthony Neal