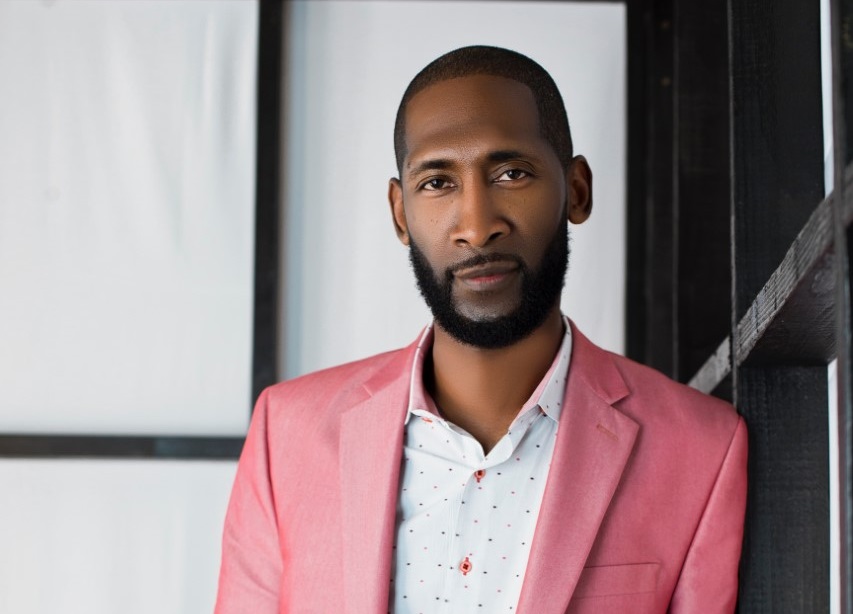 Outside of the box, the Rev. Dr. Edward Weston has evolved.

Seven years ago, when he was featured in Brotha’s fifth anniversary issue in 2014, the Rev. Weston was a youth pastor at First Baptist Church of Mandarin in Jacksonville, FL, owner of the Victory Agency web development/software development company, a married father of three with the youngest in elementary school and the oldest at the end of her high school career.

Today, Weston, still married, still pastoring (now at the Exodus Church), preaching and teaching, has a grown daughter involved in entrepreneurship, a teenage son, and a young daughter in middle school. He is now the CEO of LitTv, a premiere television network, doing on-camera and off-camera production, and turning features into Hollywood short films targeted toward airing on Netflix and ABC under the brand umbrella E-C Weston.

“Things have really evolved with us,” Weston said, “and I would say by the grace of God, they have evolved better…and in the right trajectory.”

Weston’s calling to become more came in his youth pastoring days at a youth event headlined by gospel singer Kierra Sheard and radio personality Cory “Coco Brother” Condrey, in North Carolina, when he “had a name” as a youth pastor. Weston preached the first night and, after a move of God, was asked to preach an impromptu second night.

Following a second night, at a group dinner, Weston found himself the topic of conversation. At that time, a prominent bishop asked for Weston’s business card – of which he did not have one – and would not take his phone number because he said Weston “must not want to go any further.” “I went back and talked to my mentor, and [I] said, ‘Man, why would he [do that to me]?’ Everything that I’ve ever done has been people, you know experiencing the anointing or the move of God and then calling,” Weston said. “I didn’t consider myself anything other than a youth pastor. [And] this particular mentor of mine said, ‘Why? Why don’t you have a business card?’”

That mentor challenged Weston to think of ministry differently, that he should equate what he was doing – being a youth pastor and going around the country – as a calling to start his own ministry.

Afterward, Weston spoke to his pastor, who encouraged him to get his personal finances together and come back in six months to see if he felt the same (he did), and a year later, together, they started the plan for Exodus.

But, in order to find his voice, Weston described going into a “Moses-on-the-back-side-of-the-mountain” experience years ago after getting off a plane, signing autographs, and being admonished by God.

“The Lord said this to me, ‘How dare you sign your name and leave, not knowing if I’ve signed their hearts, yet you came in My name, but you signed yours?’ It convicted me so that it made me want to shut everything down,” Weston said, “because what I realized what I was going after was not who I really was supposed to be.”

Weston shut down his social media, marketing, branding, and even stopped working with his public relations spokesperson for more than a year. Then, God showed him who he really was and said, in due time, He would strengthen his voice. In the meantime, God called him to stay in anonymity and learn who it was He called Weston to be.

Today, Weston said, according to his former pastor, God is calling him to evolve further – that his current stage (a church with 4,000) members where he preaches and musically performs – is too small for him.

“[He warned me to] not let it go to [my] head,” said Weston who added at first he thought the man was telling him he thinks that he’s “all that,” “but God was showing me that what [He] put in [me] is far bigger than what [I] keep trying to put it in. And I think that’s the reason why it takes me so long, because people are looking for me to do the traditional, but God has me so far outside of that box.”

Brian Thompson is a celebrated writer, educator, and former journalist. His previous works include the Christian fiction thriller The Lost Testament, inspirational adventure The Revelation Gate, and futuristic sci-fi novel The Anarchists. He and his family reside in Covington, Georgia.